Most of my Todoist tasks are pharmacy orders that don't have a due date but that I attend to whenever suppliers call or drop by. However, I also use the service to stay on top of urgent orders and patient questions that I need to address as well as to manage my personal to-dos. The latter are the tasks that end up getting rescheduled day after day until I'm either bored and I remove the due date or I'm so sick of seeing them pop up that I decide to get them done.

It seems that I'm not alone. Todoist says that a "significant portion of users end up rescheduling 50, 60, 70 tasks day after day," and these were the inspiration for the new Smart Schedule feature. Based on artificial intelligence, the app (regardless of the platform it's running on: Android, iOS, Mac, Web, Windows) will start learning from your behavior to suggest the best time to finish a task. Other than your habits, Smart Schedule also takes into account the task's relative urgency, your personal upcoming schedule, your estimated "end of day," your daily and weekly task goal, and it understands the distinction between workdays and weekends.

Smart Schedule should first work on overdue tasks, which you can see under the Today tab. A new Reschedule button lets you set new dates for the tasks in bulk based on all the criteria mentioned above. I tried it on my overdue tasks and found that the suggested dates made sense in general so I accepted them all. If I hadn't liked one of the suggestions, I could have easily set a different date. A few taps is all it took to reschedule several tasks in a batch. My borderline-OCD personality loves it. 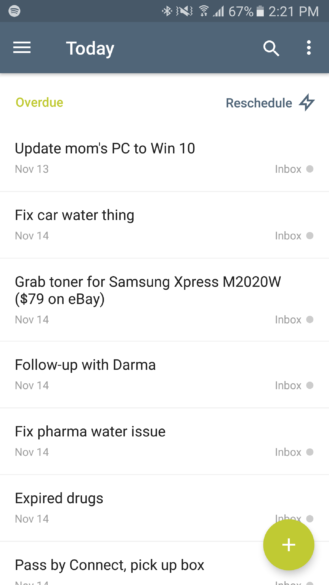 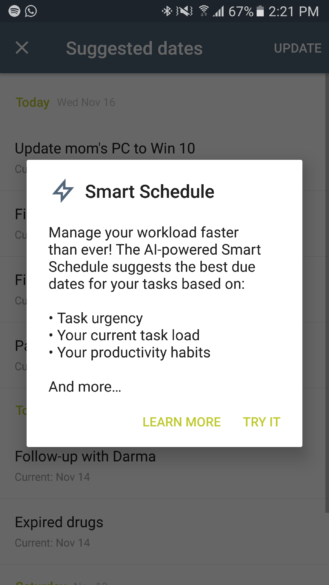 Aside from using Smart Schedule to manage your overdue tasks, you can also add due dates to existing tasks that don't have any assigned yet. The suggested date will show up on Todoist's yellow date picker right beside the manual entry box. 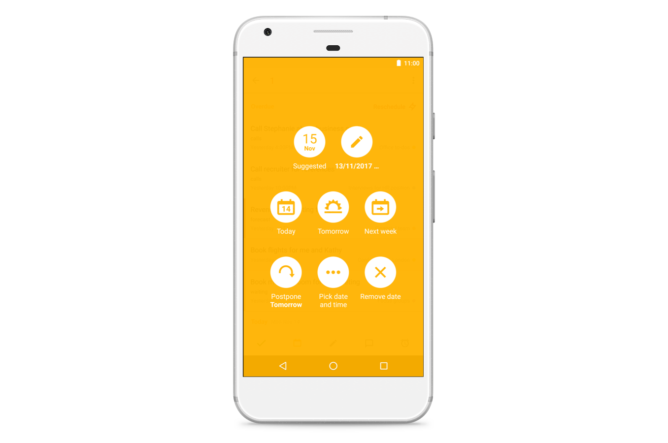 There's also a more contextual element where for example Todoist will offer to schedule shopping tasks for the weekend. Later, you might even be able to configure some smart scheduling rules to your liking. This is just the first step into the smarter task manager that Todoist wants to build. 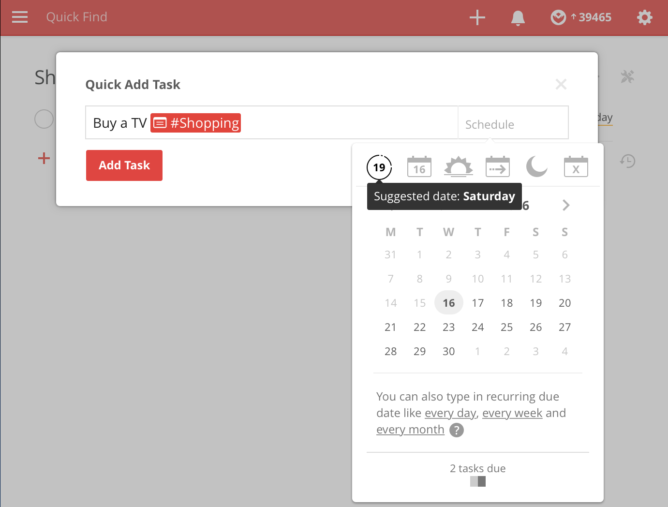 Just like Spotify's playlists or Google feed's card stream, Todoist says these suggested dates will get better the more you use the service. To get started, you will need the updated Android app that will be rolling out to the Play Store soon. If you're in the beta, it should already be live for you in v11.1-beta2.