Remember that scene from every action movie ever, where the headstrong but academically challenged hero has to be walked through an on-the-job lesson in bomb defusal by the specialist on the other end of the radio/phone/hyperspace ansible connection? Keep Talking and Nobody Explodes is basically that experience, set up for two players (the on-the-job hero and remote specialist), and designed to create the maximum amount of tension possible. It debuted on Steam last year, but now it's available on the Play Store for early Daydream VR users.

Keep Talking and Nobody Explodes wasn't originally designed to be played in VR, but the tense atmosphere combined with a little immersion works quite well. The basic setup is this: the primary player has access to a briefcase-shaped bomb with multiple tiny panels, each one a simple but tense puzzle. He or she can access any of the segments at any time, but there's no indication on how to actually diffuse them. The secondary player reads from a "bomb defusal manual," a free PDF distributed by the developer. (The second player doesn't need a VR headset, or any device at all if you can print out the manual.) Based on variables like manufacturer markings, serial numbers, and LED readouts, the secondary player guides the primary player through a series of painstaking steps and checks to clear each segment and shut down the bomb before the timer expires. 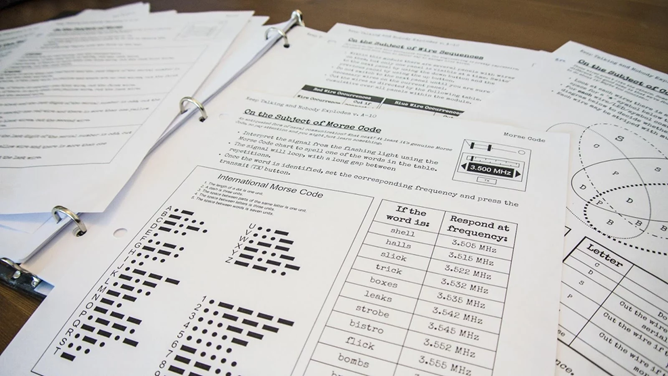 The genius of Keep Talking and Nobody Explodes is in the incredibly subtle, hard-to-articulate differences that change based on tiny details. Since the secondary player can't actually see the bomb, it requires excellent back-and-forth communication at all times - three consecutive mistakes means the bomb explodes immediately. Multiple secondary players can be used for different portions of the disposal manual. It's sort of like one of those corporate team-building exercises, only actually enjoyable. Watch the video of the PC version below for a quick look at how this works in action:

Unfortunately the game is only for Daydream, not standard phones or tablets or other competing head-mounted VR systems, so right now it's only playable by Pixel and Pixel XL owners. The price is $10 with no in-app purchases, a $5 discount versus the Steam version.