The latest update to the generator, if you haven't guessed, includes frames for the Pixel and Pixel XL. Also at the top of the lineup are the Android Wear, Nexus 5X, and Nexus 6P frames. The "older devices" selection has over time been pared down to just the Nexus 6 and 9. Curiously absent is the Pixel C. 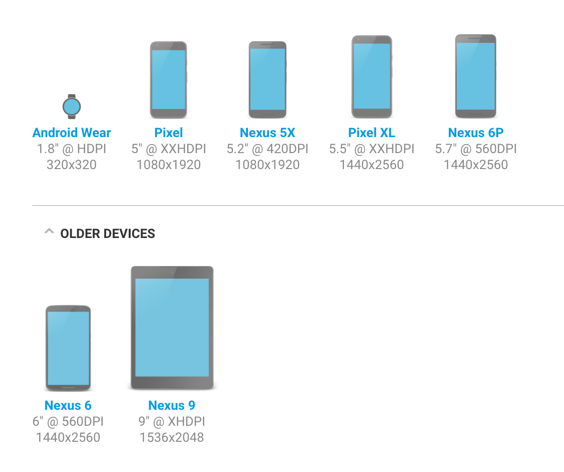 Worth noting is that the Pixel and Pixel XL frames (just like the other frames) won't be to scale with each other once exported, since the shells wrap around the native resolution of each device's screen. You can see what the result looks like in the lead image of this post.

The Device Art Generator page actually still recommends against using device art for Play Store graphics, since device art can quickly become outdated, can distract from the other contents of the assets, and may not be representative of the devices your users are familiar with. But if you want to use the frames for Play Store assets - or anything else - they're waiting, just a click away.