It is no secret here at AP that I love my OnePlus 3. If you go back and read my introduction post, you will see that my history of Android devices is long. Quite a few of them rank as awesome devices (for their time), but the third flagship phone from Chinese manufacturer OnePlus is certainly my favorite. Yet, the point here is not to go all fanboy over this phone — there are plenty of others in the world to do that. Instead, I want to give prospective buyers a look at how well this phone has aged in the last few months, especially with Google's latest on the table.

So, rather than the typical review you might be used to reading from us at Android Police (here's the original if you need a refresher), I want to tell you about my experiences with this device and explain why it's still a great contender in the late 2016 flagship smartphone market.

If you will recall, our very own Ryan Whitwam had a good initial impression of the OnePlus 3's design and hardware. "Generic" is the word he used and, guess what, it has not changed. The aluminium unibody has proven durable, but slippery as hell. That can be obviated by a case (I sometimes use the official Sandstone cover), but not everyone is down with cases. Even after four months, the metal barely shows any sign of having had contact with my hands—no fingerprints and only very minor oil residue. The matte finish still looks as nice as when I first opened the box.

To be perfectly honest, I cannot speak to how well the device withstands impact. I have only ever dropped a phone once. With how slippery it is, I have been extra careful to ensure my grip is solid on the device (when I let it go naked). The one thing I can say is that the glass on the camera lens is strong. I have a habit of scraping the downward-facing surface of my phones on my nightstand when I am picking them up. It is easy to take this strength for granted, at least until you remember that other phones have had some trouble with the rear glass. 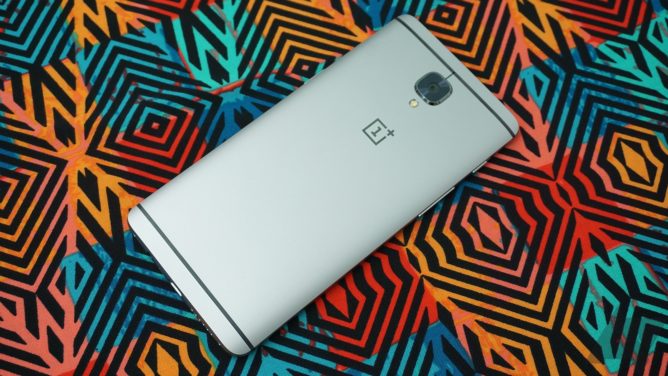 As far as the display is concerned, it is still the same: meh. It does just fine for reading text, browsing social media, and watching YouTube videos, but there is nothing to really rave about (good or bad). Viewing angles are still great, but the brightness leaves much to be desired. As for the colors, I think that the accuracy and saturation issues that Ryan mentioned have been mended drastically with the sRGB mode added in the 3.2.0 software update. The blacks are still fantastic, though, as you would expect from an AMOLED panel. I have never found the 1080p resolution to be inadequate.

Overall, the speaker has held up well in my time owning the phone. It is not anything special, and took some adjustment after the Nexus 6 speakers, but it does the job. Notifications are nice and loud, and music and videos play at a reasonable volume. The lack of any bass does get to me sometimes.

All of the buttons on the OnePlus 3 have held up extremely well. The power and volume are still as tactile as ever, providing a nice, satisfying click upon pressing them. This is despite countless uses throughout a normal day. Most of my past phones have not been able to boast this (ahem, One M7). 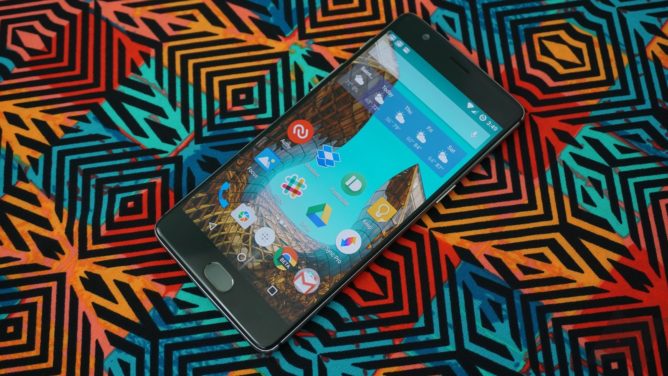 Moving onto navigation, I need to disclose that I despise capacitive buttons. There, I said it. Softkeys are my preference by far, and it's very fortunate that OnePlus lets you choose which you would like to use. I'm still not a fan of the simple dots that flank the fingerprint sensor. I did try to use them when I first got the phone, however, but I would miss more often than not—they only light up when they or the home button has been hit. That's not very useful. Despite the extra functionality that they allow (through customization options in the Settings), I had to have my on-screen navigation.

I did not think that I would like the Alert Slider, but I now find it invaluable. It functions similarly to how the iPhone does it, but with Android's notification system. At the bottom is all, middle is Priority, and top is None/Silent. There is enough resistance in the slider so that you do not accidentally switch between modes in your pocket, and the switch has remained strong to this day despite frequent usage. Seriously, I will miss the slider if I switch to a phone that does not have it. 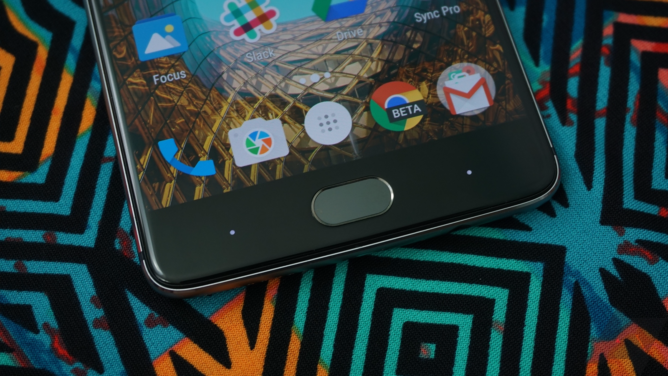 Finally, let's talk about the fingerprint sensor. Ryan praised its speed and accuracy in his initial review. That's still the case, even through a multitude of software updates (more on that later). I also let it double as a home button, even with my softkeys, because I have a double-tap set to switch to my last open app. Yes, such a custom ROM-like setting is available in the stock firmware. The only issue I had was a previous version of OxygenOS, and that was fixed in a later OTA. Basically, I had to retrain each saved finger due to a failure to recognize any previously known print. Annoying, but it was not a big deal.

OnePlus did a pretty great job on the hardware. Some compromises were made, yes. Would I like to see a brighter panel or a better speaker setup? Sure. But the way that they are now does not detract from the joy of using this phone for me.

On to everyone's favorite part in a review, and what can really make or break a device: software. Since Ryan already covered the basics in his original review, I will instead focus on what's changed since then and how support has been in the last few months. In the interest of full disclosure, I have been running modified software for most of my time with the phone. I reverted back to stock on the last OTA (3.2.7) for the purposes of this review. Also, I will not be addressing the Community Builds.

Updates since the release of the OnePlus 3 have added minor features and fixed various bugs. One of the most notable additions for me is the sRGB mode, which made the colors much more accurate and easier on my eyes. As OnePlus has gone along with OxygenOS, things seem to get a little better and brighter — especially considering OnePlus' update track record. Security patches have been hit or miss, sadly. I am still sitting on September's. 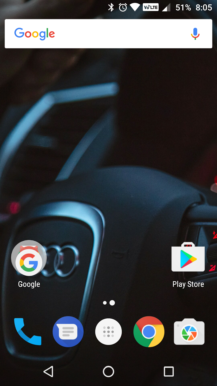 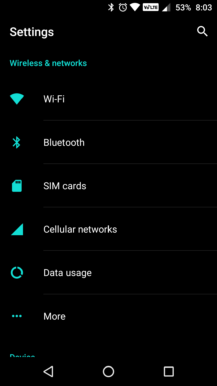 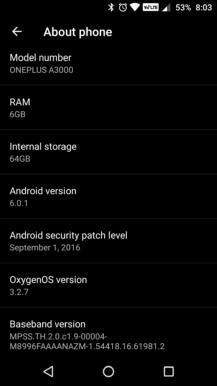 As of the time of this writing, the phone is still on Marshmallow. Nougat has been promised in the Community Builds by the end of November and released officially by the end of the year. This is no Nexus (rest in peace) and do not let anyone tell you otherwise. OnePlus has a lot of work to do to reassure the community of their commitment to keeping the software on its devices up to date. We shall see if that can be done.

It is common knowledge that phones slow down over time. The OnePlus 3 is no exception. That isn't as bad as it sounds, but it should be known. When I first started using the device, it was snappy. The Snapdragon 820 in it is a champ, though the 6GB of RAM still seems a little unnecessary. Overall, the typical slowdown is not as obvious as it has been with the past devices. I only experienced noticeable lag on one of the buggier OxygenOS releases.

Like other OEMs, OnePlus has included a RAM cleaner tool built into the Recents menu. Doing this can cause several oddities — for me, it was Tasker getting disabled and Android Wear disconnecting (requiring reboots). One neat addition is the list of recently closed apps at the bottom of the Recents screen, which appears after you've cleared everything. Well, the phone claims these are recently closed apps, yet I haven't opened Wikipedia in several days. 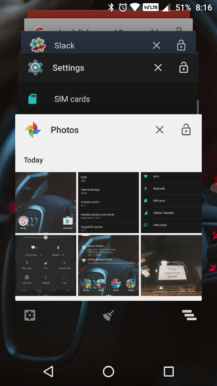 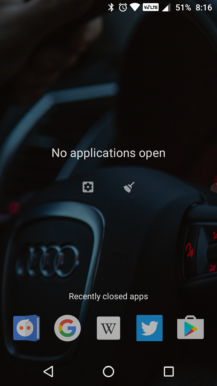 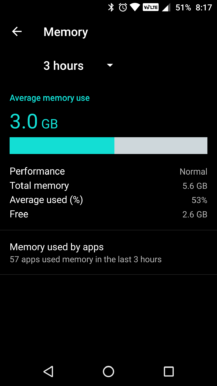 I always expect a phone to get me through a full day's use. In short, the OnePlus 3's battery life is nothing stellar nor is it terrible. Like other aspects of this phone, it is pretty average. I have had only one instance where my phone died before getting to bed, and that was with abnormally high usage.

I typically keep my display brightness at 50% and rely on the LED, Ambient Display, and Android Wear for notifications. My typical usage includes basic things like email and chat, social media, Google searches, and the occasional phone call. Obviously, my usage and patterns will differ from yours. 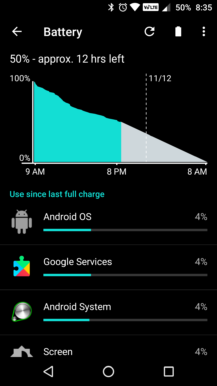 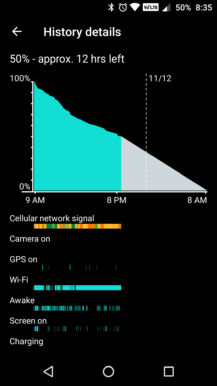 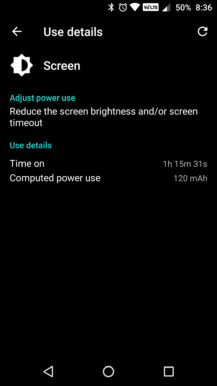 If you want a full rundown of the camera performance for the OnePlus 3, be sure to check back with Ryan's review. I will not be breaking new ground here. To reiterate, however, the OnePlus 3 camera performs solidly in bright light conditions. Image stabilization is good and HDR can help in a lot of situations. Low-light and night performance is pretty hit or miss, though.

Using the official camera app, you can access manual controls to get down to the gritty details. Living in Colorado, I am almost always around picturesque scenery, so I have taken advantage of what OnePlus offers many times. There is no such thing as a perfect phone, regardless of how much we argue amongst ourselves. But there are definitely phones that are better than others. The OnePlus 3 is one of those. The compromises and cut corners are not as noticeable as in years past or when compared to other devices in this price bracket. Without a doubt, OnePlus struck a fantastic balance this year.

Whether we are talking hardware, software, or camera, it can hold its own with the big boys. Some might argue that it runs neck and neck with the ZTE Axon 7, and I don't disagree. At $399, it is very difficult to beat this phone, even this late into 2016. Since Nougat is promised by the end of the year on the stable channel, I have no qualms with giving this phone a high recommendation, even in late 2016. If you are on a tighter budget and want great bang for your buck, this is a phone you should consider... at least right now. You never know when a better phone will suddenly appear.

Twitter announces muting keywords, phrases, and conversations in notifications, as well as new ...