An update to YouTube Gaming began rolling out last week, but this one is pretty tiny by most standards. While it surely has the typical bug fixes and performance improvements, the only visible change is a brand new counter above the chat box on live streams. Of course, with the increased version number, there is also a new Easter egg to track down, and the answer is in this post – if you happen to be a collector, that is. As always, if you don't already have the update, there's a download link at the bottom of the post. 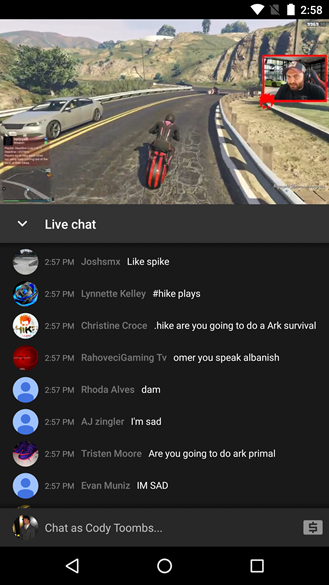 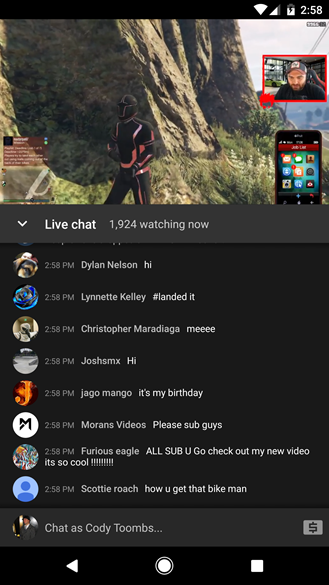 You might be asking why a simple counter for live viewers is worth covering by itself. (Well, that and the easter egg.) It's simple. There's a widespread belief that YouTube Gaming has failed to catch on. When a rumor like that takes hold, it's hard to disprove without delivering some evidence. To some extent, that story was even reinforced by the lack of easily visible audience numbers.

Now it looks like YouTube is aiming to squash the negative theories and prove that the move into live game streaming was not in vain. The numbers are still on the side of Twitch, but YouTube is definitely in the game.

If you're a true completionist, the Easter egg counter on YouTube Gaming might be calling to you. Most of the hidden gems are pretty easy to find if you know your gaming history, but there are a couple of surprises on the list. A couple of my old favorites have been hit in the letters A through I, but version 1.9 brings us to the letter J, and one of my favorite games of all time.

I admit, I also wanted to write this post to give some love to the YouTube Gaming team for picking this game. It was my first guess when I went looking for this Easter egg; although, they did trick me, but I'll get to that in a moment.

The game I'm talking about is Journey, a PS3 / PS4 exclusive. Some might argue that this isn't a game since your character can only ever get a little beat up, but never actually die. Whether you call it a game or an experience, it hardly matters... It's still amazing and beautiful. If you haven't tried it, try to find the opportunity and play through at least once. It can be played start to finish in an afternoon. 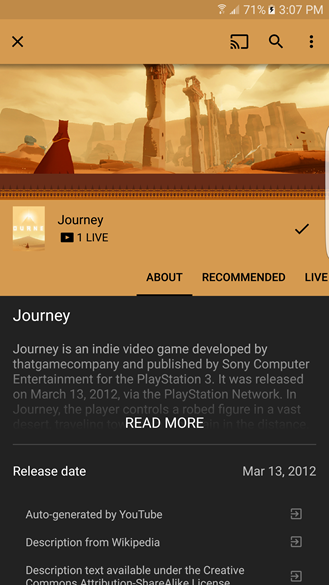 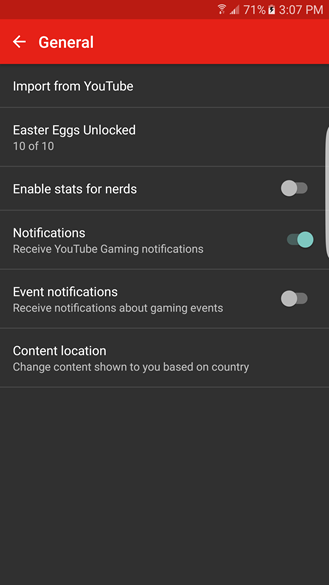 Locking in this Easter egg is as simple as visiting the Journey page. There aren't any buttons to press, and you won't even see any toast messages or signs that you've earned the Easter egg. The counter simply goes up by one, which you'll only know by going back to the settings screen. In a way that is almost as meta as Journey itself, you'll only know you're at the destination once you've arrived.

This was also a pretty sneaky trick. I ended up trying about 10 games before I realized the counter had gone up.