The heart of this update is an improved recommendation engine. Machine learning is used with your listening history to determine the types of music you want to hear, then additional factors like location, local weather, time of day, and possible activities are incorporated to generate personalized suggestions. The results look very reminiscent to the curated playlists Play Music added about two years ago after the Songza acquisition, but probably more aligned to each listeners' taste. 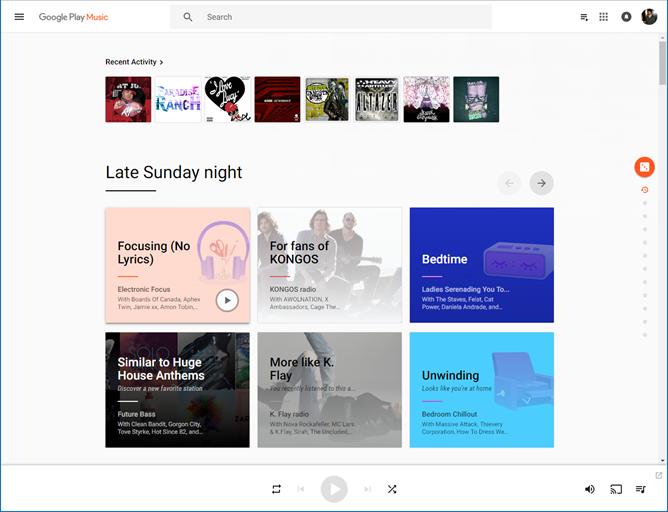 While the recommendation engine is the key element in this update, it's the visual changes that will stand out to most users. There's a row at the top for your recently played music. Hit the title link and you'll go to a full page with individual tracks, radio stations, and full playlists that have been played in the past.

The next group contains several blocks with suggested themes from the recommendation engine. These can be based on the current time of day, activities, favorite bands, or whatever else the Play Music team cooks up; and these options should change throughout the day. Hover on a block to reveal a round play button and click to start some music. Alternatively, click elsewhere on the block to jump down to groups with a few related options. 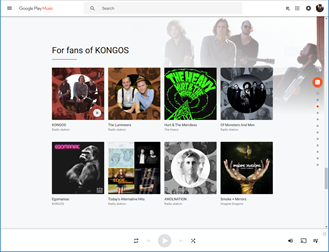 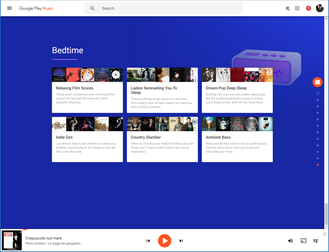 If you're in a hurry to get music right away, or maybe you just can't decide what to listen to, there's a small "I'm feeling lucky" button with a die icon at the right side. Click on that to have Play Music pick something semi-randomly from your personalized music suggestions.

Things like the player controls, nav drawer, and playlist appear unchanged. This gives a pretty good idea of what to expect from the app when these changes roll out to it.

Google's final change comes in the form of an improved offline music manager. Play Music has supported offline playback for a long time, but there have always been some little issues. The original form involved setting playlists to store offline copies, but the process was entirely manual and quickly became tedious. Last year, Google also added a feature that automatically selected tracks to store for offline play. It was a good idea, but many of the suggestions were hit-and-miss.

The new offline storage mechanism seems to be the most logical. It promises to store music based on your recently played music. There are still different ways to interpret Google's wording, it sounds like the new version might be simply keeping a copy of songs as they are played, then clears out older, unplayed tracks as they age. Like the other forms of offline playback, this one is only for subscribers.

The rollout starts today and will be hitting Android, iOS, and the web throughout the week. It's not quite clear if an update to the app is required to see the changes, but we'll post the apk if one becomes available. 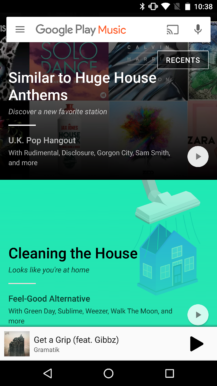 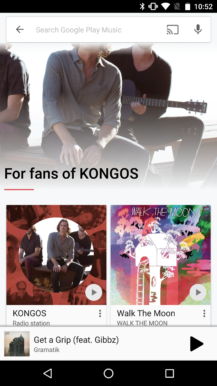 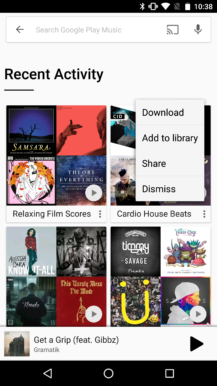 The APK just hit the Play Store, and with it come the new home screen and suggestions. There's an always present recents button at the top-right of the home screen, but strangely offered as a rectangular button rather than a round floating action button (FAB). Other than the home screen, the rest of the app looks basically the same. 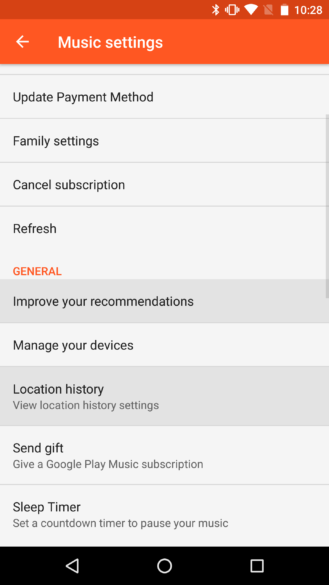 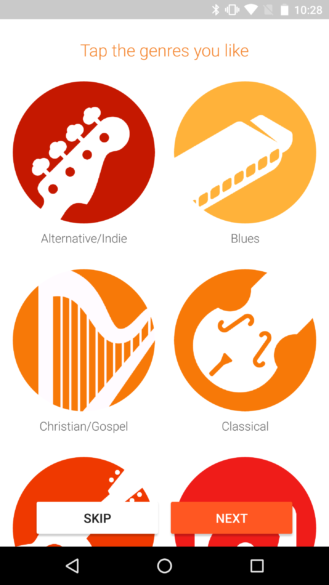 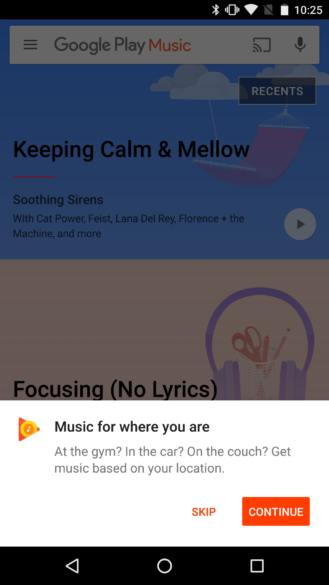 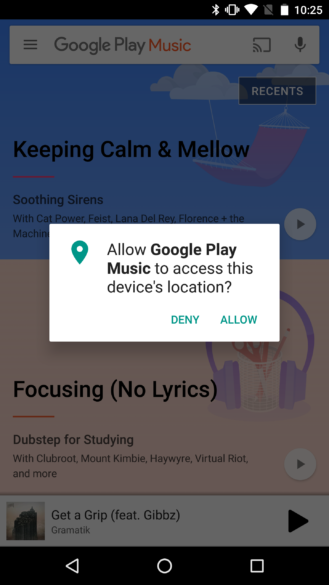 Location history is obviously in use by Play Music to make music suggestions based on the places you've gone to. If you're running Android 6.0, you'll also see a permission request for access to a location.

The apk is linked below. Grab it now to get ahead of the staged rollout schedule.