Samsung has a tendency to throw stuff at the wall, and see what sticks. I don't mean that in a negative way - many of their seemingly-bizarre experiments became wildly popular (see: S7 edge). A patent application submitted by Samsung shows their concept of a foldable smartphone, and it's interesting to say the least. 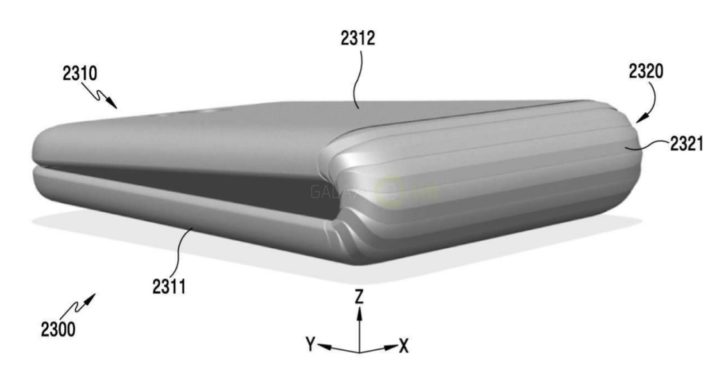 There have been a few attempts at a foldable smartphone in the past - the ill-fated Kyocera Echo comes to mind. Samsung's idea is for a phone with a bendable section in the middle, allowing the device to be folded like a flip phone. When folded, it resembles a closed Microsoft Surface Book, with the two sides of the screen not touching each other.

I'm not sure how a smartphone with the physical shape of George's wallet is more practical than current smartphone designs, but I have to give Samsung props for being innovative. As with all patents, this design may never see the light of day, so don't get your hopes up for a foldable Galaxy S8 quite yet.