Depending on where you're at in the world, you may have some holidays coming up that demand long drives and a lot of time watching a screen as Google Maps directs the way back to family. There's a new update out that might make your trip planning and navigation just a little better. Version 9.41 has a new option to always start up in satellite mode, adds links to articles about top-listed businesses, and polishes the look for adding stops along a route. There are also hints that it will show when a hotel is running a good deal.

Google posted the official changelog and the additions include a dedicated photo page for hotel rooms, just like the one for "on the menu" items in restaurants, and the inclusion of department and service hours, likely for those times when regular business hours are insufficient.

Starting up with satellite mode 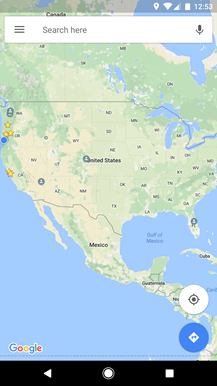 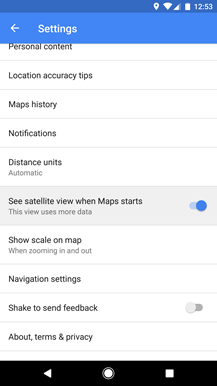 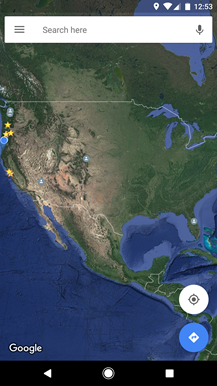 Not everybody uses Maps in quite the same way. Some of us are jumping in to get quick directions and look up an address for a business while others might use Maps for scouting places to hike or camp. If you're constantly switching over to satellite mode as soon as the app starts, you can now have it enabled automatically with a new toggle in Settings. Just turn it on and the next time Maps starts cold (doesn't resume a screen you were already on), it will automatically load up satellite mode.

On these lists and average time spent 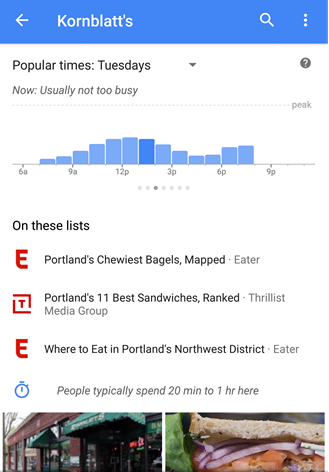 Check out a few restaurants (and possibly some other establishments) and you might see a couple of new things just below the popular times chart. The most prominent is a short list of lists. These are links to listicles (articles made up of lists) including the establishment. Tapping on one will open the full page in a web browser. The purpose of this section is probably more about demonstrating that a place was deemed highlight-worthy than to actually link out to various publications, but it can be a good way to quickly pull up short reviews and commentaries, or to even discover other places that were featured on the same list.

Just above the second row of pictures, you might also find a barely noticeable line pointing out how long people tend to spend at the location. This was added in 9.40.2 (or possibly 9.40.1), but we didn't see much point in mentioning it by itself. I'd just like to know why it isn't closer to the popular times chart; it seems like the two belong together.

Both of these sections are shown conditionally. You may or may not see them depending on the place. 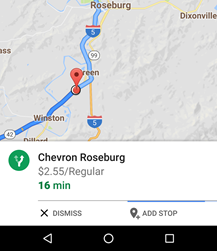 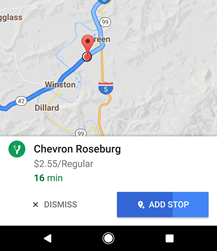 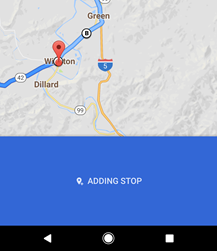 If you're going to take a detour to get some gas or grab a meal, you've probably already discovered the feature to add a stop, or even several. The interface is very easy to use, but a couple of things weren't easy to glance at while driving (not that you should be operating this while driving). I'm talking specifically about the little pop-up that appears once you've tapped on a destination. In previous versions, there was a timer bar with only a couple pixels in height; and once it finished, navigation mode immediately rerouted to the interim destination.

The new interface trades out the tiny, holo-like timer for a full size button with the same timer mechanic. It's far more visible and more closely resembles the Material look. Once the timer has elapsed, the button animates out to a large banner indicating that the stop has been added. These big, colorful visual cues will make it much more obvious when things are happening. Thanks, Peter Byrne.

If you're looking for a place to stay sometime, it never hurts to look for a good deal. Google Maps is going to begin flagging some of the better savings on hotels when they're available. A few new strings show plans to add a badge to hotel listings. Either in the listing or on its detail page, there will also be a line to point out how much the price has been reduced.

It's not clear if these deal listings will come from data tracking around the year, notifications of deals, or possibly even paid ads. Whatever the case, this feature is still all about saving money for customers.

Google Maps may have already launched this one, but after checking a few dozen hotels with different booking parameters, I couldn't find any deals listed. Keep an eye out because they could turn up at any time.