If you've been craving a bit of culture for your VR viewing pleasure, Google has you covered. Like many other apps, Arts & Culture VR is going live to prepare for the Daydream headsets. As the name would suggest, this app is meant for those who want to view works of art from museums around the world. While I may be no art fanatic, I would definitely appreciate this.

In all, there isn't much to say on this one. Google clearly states in the Play Store listing that you can zoom in on the artworks to get some impressive details. For some pieces, that would be fantastic. Another neat feature is that you can get some additional information on the works with "immersive" audio guides — similar to how a museum tour might go.

Google Arts & Culture VR is available to download via the Play Store or APKMirror. Like the rest of the apps released today, this is a version 1.0 so bugs and oddities should be expected. 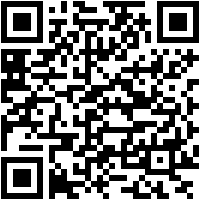