Now, the flow is a lot more elegant and user-friendly. First, you can see a notification that the bug report is being generated. It shows a progress bar and three quick actions. 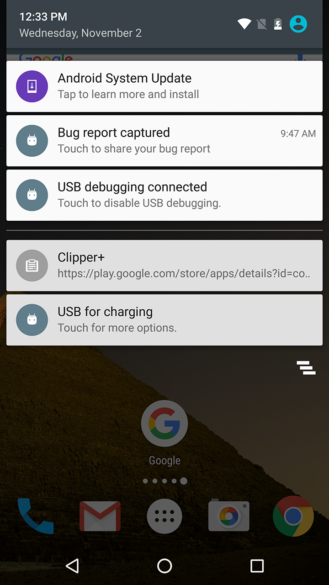 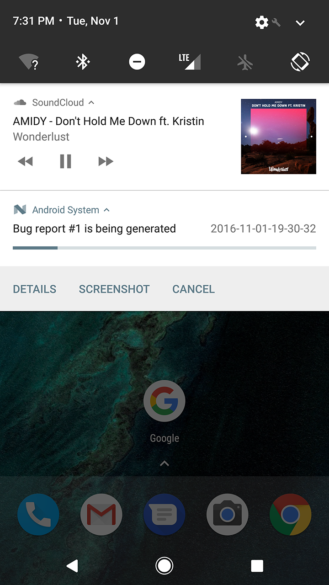 You can tap Details to add a bug title and summary, Screenshot to take a screenshot of the bug with a 3-second countdown, or you can cancel the bug report. 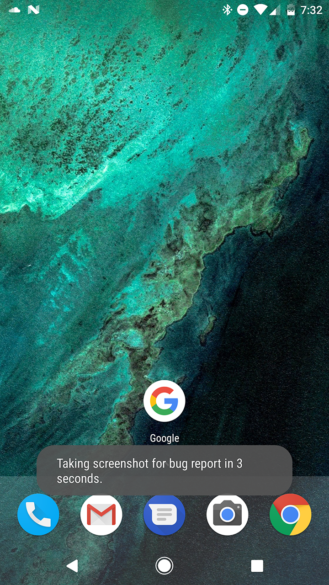 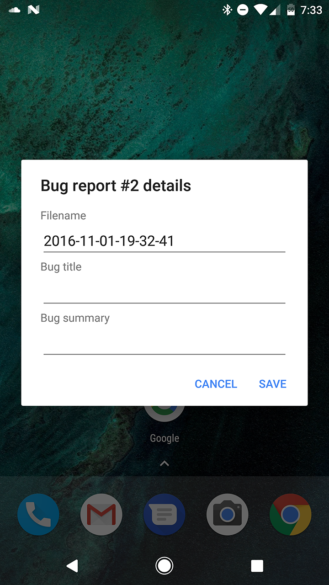 It's one of those small improvements that won't affect a lot of users but will certainly delight anyone who happens to frequently capture and share bug reports.