Sony has been toying with a different take on Android for the last year. The company calls it the "Concept for Android" program, and it gives Sony a place to test out new features for its phones with a cleaner build of Android. It's only available on select phones in certain markets, but another one is being added to the list today. The Xperia X in Europe can now download the latest Concept for Android.

This new program is only open to owners of the Xperia X in Europe—specifically, you need to be using the device with model number F5121. There may also be some restrictions on certain mobile networks. If you've got the proper device in Europe, you can get the Concept Installer app from the Play Store to opt into the test. Sony will then update your phone to the new build.

According to Sony, the latest version of the Concept OS for Xperia X users is based on Android 7.0 Nougat. The InTouch community app provides direct access to Sony for feedback and suggestions as well. 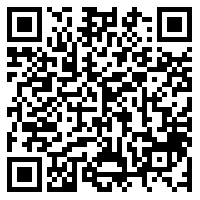 Motorola Moto M official in China, with lackluster specs and no Nougat