Seamless updates are accomplished by creating a second set of logical partitions in device storage. Android refers to these as "slots" in most places. At the start of the boot sequence, a bootloader flag instructs the device which slot is meant to be active. The one relevant exception to this is the /userdata partition, which contains your downloaded apps, any data they've stored, and your personal data and settings. There's only one version of that partition and each slot uses it freely.

When an OTA update is downloaded to your device, the OS quietly works in the background to write an updated versions of each partition into the inactive slot. Once it has finished, that bootloader flag is flipped to let the device boot up the freshly updated slot during the next restart.

In the event that a slot cannot boot, at least in the case of the Pixels, it will make a few attempts and ultimately reboot into the other slot.

If you are familiar with previous versions of Android, you'll find that there are some interesting changes to the partition table and factory images from Google. There are also a few limits with the new system and some reasons it's unlikely we'll see these features ported to older devices. If you don't care much about implementation details, feel free to skip the rest of this section and check out the guide to new fastboot commands.

Some partitions are going away:

For much more background on these subjects, check out these three posts and follow-up comments: Elliott Hughes on May 19, Artem Russakovskii on May 24, and Chainfire on Oct 29.

With the updates to Android 7.0 and 7.1, changes also had to be made to the fastboot utility so it could work with the new dual slot partition table and to set the active slot bootloader flag. The new parameters aren't difficult to understand or work with, but there are a few things to keep in mind. The main rule is that if you want some control over which slots are flashed, you'll want to add the appropriate parameters to your fastboot commands.

If you're flashing a phone or tablet without dual slots for seamless updates, you won't have to worry about making any changes to what you've already been doing. Likewise, if you simply don't care and you just want to install the latest factory image, feel free to use the same commands you've always used and things should turn out just fine. Of course, you could speed things up quite a bit with one extra parameter, but we'll get to that in a bit.

Here are the main updates and new commands:

The update command works just like it did before, but it now also automatically sets the flashed slot as active. Using commands or parameters described below, you can set which slot will be flashed.

flashall – Flash boot, system, vendor, and – if found – recovery. If the device supports slots, the slot that has been flashed to is set as active. Secondary images may be flashed to an inactive slot.

Much like the update command, flashall has been updated to set the flashed slot to be active. The text also points out that secondary images may be flashed to an inactive slot. This depends on whether secondary images are part of an update package. If you want to keep your "old" slot intact and bootable, it's important to use the --skip-secondary parameter to prevent this behavior.

set_active <slot> – Sets the active slot. If slots are not supported, this does nothing.

Note: if you set one of the slots active and it cannot successfully boot, it will reboot a few times and eventually switch to the other slot so it can finish booting. This is a safety mechanism to save the day in case of a bad flash, allowing the device to return to an older working version and try again. You'll notice this happens if you don't use the --skip-secondary option with a factory image and switch to the secondary partition before rebooting.

There are three new command line options that allow for properly specifying how commands are supposed to behave. Each works in different situations, so use best judgement to determine where they are appropriate.

The description for this one is pretty succinct and doesn't really need much clarification. This parameter is only relevant to commands that involve flashing data.

-a, --set-active[=<slot>] – Sets the active slot. If no slot is provided, this will default to the value given by --slot. If slots are not supported, this sets the current slot to be active. This will run after all non-reboot commands.

This parameter probably won't get too much use since most of the commands automatically set the active slot when they flash some data (except for the flash command itself). This is a valid way to set the active slot without issuing an extra command and may also be useful in some scripts if it's used without specifying a slot.

--skip-secondary – Will not flash secondary slots when performing a flashall or update. This will preserve data on other slots.

Finally, the --skip-secondary command is used to prevent non-primary slots from being modified if a flashall or update command would do so. This is the one parameter possibly worth using even for users that aren't concerned with maintaining the integrity of inactive slots. The reason it's useful is because it doesn't waste time writing data to inactive slots, so the update and flashall operations complete much faster than without it.

While most of these commands are pretty easy, it may help to see some samples for usage. Be aware that the Pixels use "_a" and "_b" to name the slots in commands, but they will be shown as just "a" and "b" in most outputs.

With the set_active command or --set-active parameter, the active slot can be changed. Notice the shots below where the boot slot has changed from 'a' to 'b'.

Note: a reboot is required for the change to fully take effect. 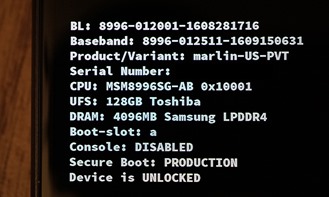 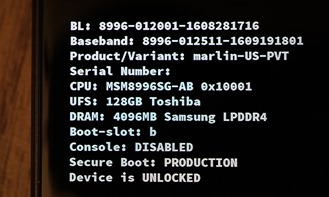 Flashing to a specific slot (without affecting another slot):

In this scenario, the flash command strictly targets only one slot. If you're using update or flashall, they require the --skip-secondary option to avoid changing the data in the secondary slot. Again, even if you don't care about keeping the other partition intact, using the --skip-secondary option shaves about a minute off the flashing time since it doesn't have to write to the second system or vendor partitions. If the old slot is left intact, you can still switch back to it and boot from it like nothing has changed. 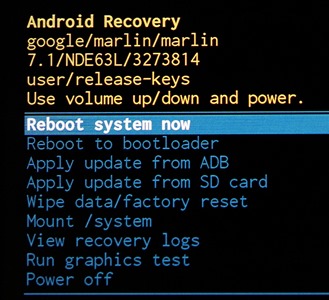 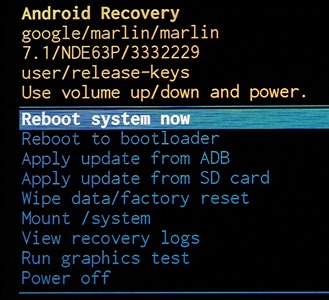 Huawei is launching an Honor 8 EMUI 5.0 beta test in cooperation with XDA