As many Android enthusiasts may know, Google is constantly experimenting with new features and UI changes for its apps. Just a few days ago, in a recently published Google video featuring the Pixel, we noticed a never-before-seen Play Store UI on the device. This user interface possessed a new color scheme, a larger "Install" button, and more. Now, we're starting to see elements from that video pop up on enthusiasts' devices. 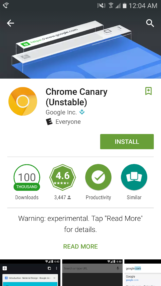 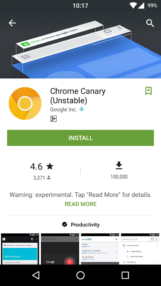 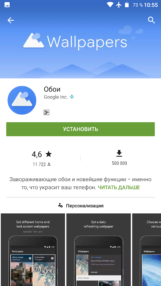 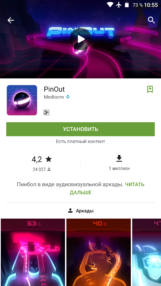 1-2: Old versus new. 3-4: I don't read Russian, but I'm pretty sure the text inside the green button means "install."

Thanks to some screenshots sent in by readers, we can see that there have actually been some pretty dramatic design tweaks. Not only is the new "Install" button a lot larger, but the ratings and download figures are a lot easier on the eyes now (in my opinion, at least). The category (in Chrome Canary's case, "Productivity") gets moved down and centered, making it more discernible. Overall, these are definitely some welcome changes. 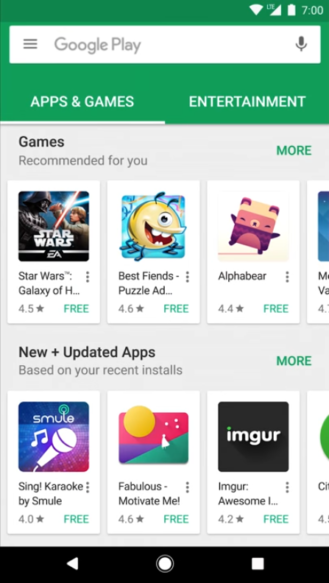 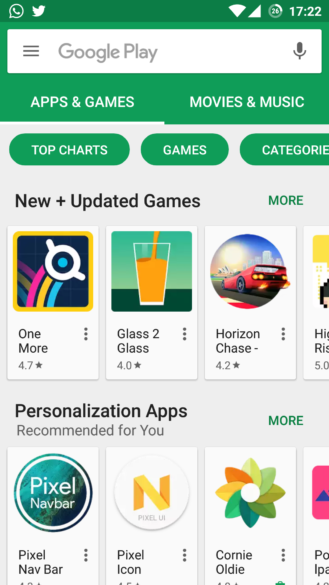 Oh, and that darker shade of green that we saw in that video? It's being tested as well... just not at the same time, at least as far as we've seen. This screenshot, like the ones taken from the Google video, doesn't have the carousel. Unfortunate, as I quite enjoy seeing offers and new apps featured. Oh well, Google will be Google.

Courtesy of some AP readers, we've got a few more screenshots to share. 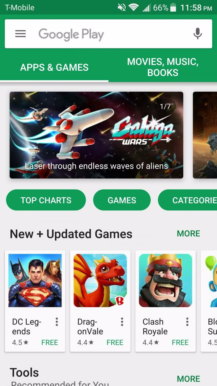 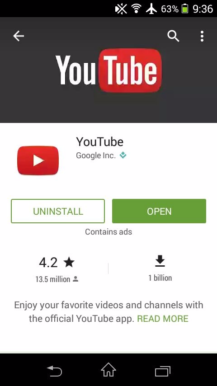 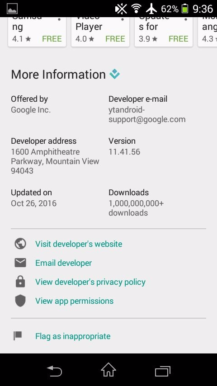 The first (thanks, Jonathan!) demoes the new shade of green, as well as the smaller carousel that Google's been testing for a bit. The second (thanks, Gurkanwal!) exhibits the new app install page when the app is installed, and the third shows a relocated "More Information" page and a reworded developer info area.

"More Information" was previously displayed underneath the app description, but it's been moved to just above the developer info. The developer info has been reworded slightly to make things more clear for users.

Asphalt Xtreme is out on the Play Store, with all the off-road racing you could want