It was not too long ago that Samsung gave U.K. owners of the Galaxy S6 and S6 Edge the ability to enroll their devices in the Marshmallow beta program. This marked a step outside of Samsung's norm, which was internal testing of major software updates. So here we are in the latter part of 2016 and Samsung seems to be following its new methodology... At least, it looked that way briefly.

In light of the Note 7 business, it is pretty safe to assume that Samsung has more resources to dedicate to getting Nougat out for its early-2016 flagships. At least, that is the impression I have as a consumer. User mariolcela over on XDA reported that he had found the Nougat beta app in the U.K. Galaxy Apps store for his S7 edge, though it is likely to work with the S7, too. If you dig through the thread, most people are saying that server errors are not allowing them to register for the beta. 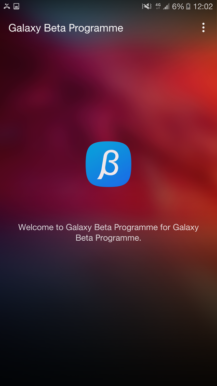 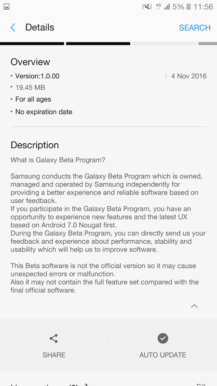 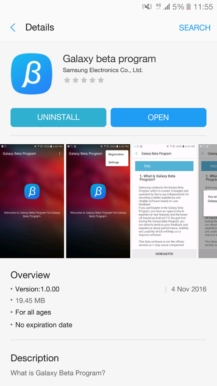 The APK is still available to download from mariolcela's thread (he has Mega and Drive links) and from APK Mirror, but you will likely run into the same server errors. This is also limited to the U.K. store for now, but we will have to see if that changes.

Some users are reporting that the Nougat beta app is in the U.S. Galaxy Apps store, too.

Some Daydream View VR headsets are already shipping out, but the necessary Play Store app is missing