Subscriptions are not new to the Play Store. Beyond just magazines, developers can enable such a model to bring in a constant stream of income instead of the one-time purchase of their apps. Up until this point, however, they could only do local or custom pricing and free trials. Promotions that offer introductory rates could definitely lead to more subscribers overall. This method could function similarly to how membership-based businesses work: the starting price would expire and automatically switch to the preset amount at the end of the promo period. Not complicated, but sure nifty. 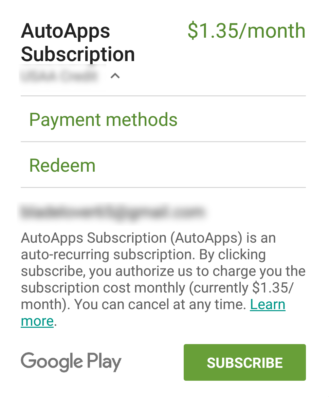 Refunds have existed in the Play Store for some time now, thankfully. The neat tidbit here is that Google is creating a new API which will allow developers to identify users who have requested refunds in their games. Yes, this program is in beta and is limited to games with IAPs for now. The claim is that this will allow game creators to "better manage their economies".

Finally, developers can now request to have their apps in Early Access before launch and submit their apps for the pre-registration initiative (like Allo and Duo before they launched). They can also nominate other games for inclusion in the indie game recognition programs (like Indie Corner).

See? That was fun stuff. So while this bit of news may not be of interest to most end users, it sure could be to our favorite devs.

Google makes RCS support in Messenger official, will be default SMS/RCS app on all Sprint ...