A little over a week ago, we first detected several less-than-subtle hints of Rich Communication Services, more commonly known as RCS, in Google Messenger 2.0's code. In case you don't know what RCS is, it essentially adds some useful features to SMS that are similar to what you'll find in Apple's iMessage. Now, for a select few, Google has flipped a server-side switch for RCS.

Google's initiative to make RCS more commonplace isn't new, though; last year, the Mountain View-based company purchased Jibe Mobile, a startup with an RCS platform. Allo was expected to receive RCS support, but since that didn't pan out, Messenger is the very first Google app to support it. 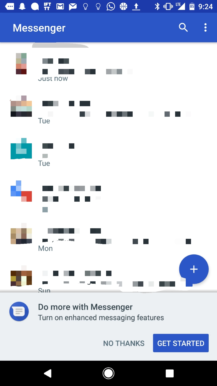 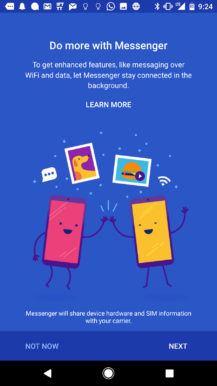 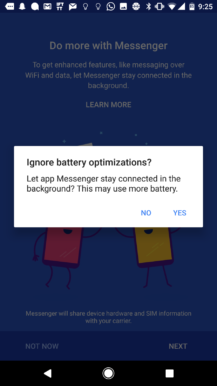 In an effort to notify Messenger users that RCS has been enabled for them, Google is displaying small popup messages that allow the "enhanced messaging features" to be turned on. To enable these features, Google is requiring that battery optimizations be turned off for Messenger in order for it to stay connected in the background. 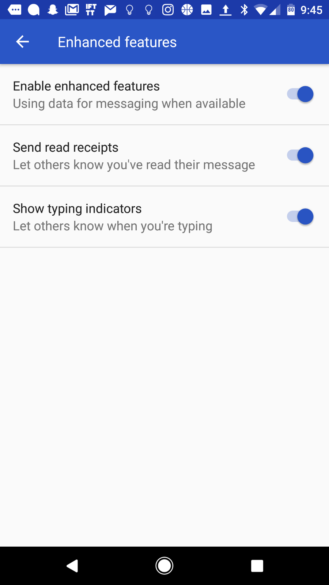 Doing so will reward you with three options to toggle in settings: "Enable enhanced features," "Send read receipts," and "Show typing indicators." The second and third items are pretty self-explanatory, but the first is terribly named. Thankfully, it's not difficult to understand what it does after reading the short description.

So far, these changes have been spotted on two Pixel XLs and a Nexus 6P; one Pixel XL is on Project Fi, and the Nexus 6P and the other XL are on Sprint. It is important to note that many carriers already have some form of RCS, but they are not compatible with each other.

Google Play services v10 can show a notification with player controls anytime a device on the ...