I don't want to say Moto Mods are a universally bad idea, but most of the Mods that have been released so far are mediocre at best, and the prices are crazy. It's been a while since Motorola released a new Mod, but there could be more ideas floating around soon. The company has partnered with crowdfunding site Indiegogo to get developers interested in making Moto Mods.

Here's how it works: you submit an idea for a Moto Mod, thus applying for a free Moto Z and Mod development kit. The best ideas get a shot at making them with the free gear. Contestants who make the best Mods (as judged by a panel of industry experts) will have the chance to meet with Motorola engineers to refine the design. Then, you crowdfund it on Indiegogo. Well, assuming it works. 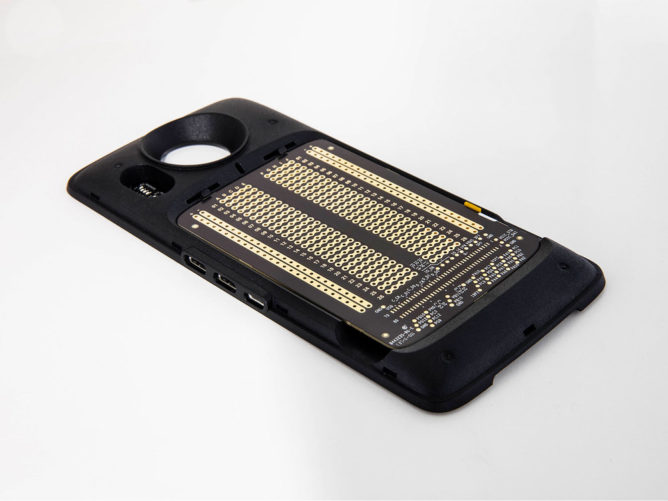 Motorola also notes that if someone happens to submit a really good (and feasible) idea, Lenovo Capital might step in to fund it outright. It has set aside $1 million for this program. You have until January 31st to enter the Moto Mod development contest. There's also going to be a Moto Mod "hackathon" in December. The winner of this event will automatically become a finalist in the contest.

Huawei announces the Mate 9 with a giant 5.9-inch display and speedy Kirin 960 SoC

Amazon Rapids is a $2.99 subscription for short kid stories written as chat conversations