Development on the Android Wear platform has stumbled a bit as the official 2.0 release has been delayed until early 2017. That doesn't mean the companion app can't continue to get updates. A fresh beta build of v2.0 came out a couple of days ago with a couple small tweaks to remove one of the little annoying things about the Bluetooth pairing process. The teardown also reveals a couple of interesting additions related to standalone apps and the Wear-specific Play Store.

Filter out non-Wear devices while pairing 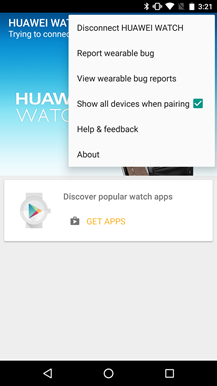 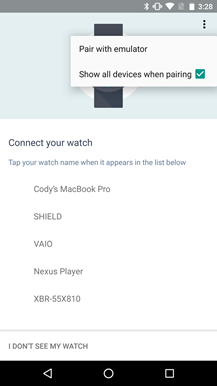 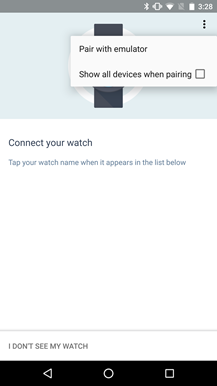 Pairing Android Wear devices certainly isn't a hard thing to do, but there are a couple things that could be done differently to make the process a little bit more convenient. If you've got a bunch of Bluetooth devices in proximity when you're preparing to link a watch, you might be annoyed to see a very long list of devices detected during the scanning step. With the new version, you can instantly clean up the list by hitting the overflow menu and turning off the new checkbox labeled "show all devices when pairing." The checkbox is available in the overflow menus of both the main screen and in the Bluetooth scanning screen.

Now if we could just get rid of that opening tutorial every time a watch has to be reset...

Regular readers have been following along with the news and generally know what to expect from Android Wear 2.0, but not everybody is going to know everything right away. One of the biggest changes will be support for standalone apps, which means users will want to get used to using the Play Store, and many won't even know that's going to be there. At some point, Google is going to make it a little easier to find the Play Store by adding a button right on the phone to access it.

This one isn't so much about a new feature as something we'll inevitably get angry about the first time it happens. A new notice has been added that spells out one of the nuisances we have to deal with when multiple companies are allowed to mess around with their customers.

The title simply calls this "automatic updates" and the description suggests that your watch "may automatically download and install updates and apps." It's the detailed explanation where things get suspicious when a warning reveals that "these installs may be from Google, your carrier, or your watch's manufacturer." The apps are uninstallable.

Before this turns into an instant witch hunt, it's fair to point out that this isn't an entirely new phenomenon. Both manufacturers and carriers have installed or updated apps remotely in the past, and of course Google does it regularly. It also goes without saying that carriers probably won't be able to install anything to watches that weren't sold by them directly. Even though it's not unprecedented on phones, it would have been nice if watches could be left alone for as long as possible.

Google appears to be testing a new, rounder search widget

Uber overhauls its app, focuses on the destination