Have you noticed the Google "pill" widget on the Pixel launcher doesn't bear much resemblance to the traditional search box? Well, it looks like Google is changing that. Several users have noticed a new search box design popping up on their devices. It's curvier and cleaner looking.

The widget in question is the 4x1 search bar, which you can find in the Google app. Instead of the squared off edges and colorful full "Google" logo, you get the rounded ends and "G" logo with a mic at the other end. I like it much more than the current search widget, and certainly more than the Pixel's pill. 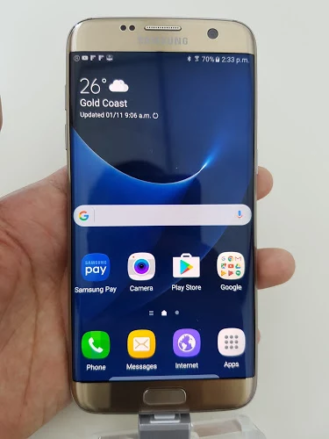 A Samsung demo unit with the new search bar.

So far, we've only seen this widget as the standalone version that can be added to any launcher. The integrated search bar in the Google Now Launcher might not be part of the test, but it could still come later. Hopefully this rolls out widely, though.