Is it weird that AppSales.net displays its prices in US currency, even for sales that aren't actually valid in the United States? Yes it is. But with a 95% discount on a really solid top-down racing game, we can forgive a little international inconsistency. The latest Android game to get the ten cent treatment is Reckless Racing 3, Pixelbite's threequel to one of the best games in the early Android era. It's normally three dollars, or equivalent local currency, so snatch it up quickly.

Reckless Racing 3 expands on the formula of the previous two games with better 3D graphics, more tracks and cars, more race types, a new "gymhkana" drift mode, and a "mashup mode" that pits multiple car types against each other in the same race. It also has full external controller support and customizable touch controls. Everything can be unlocked by grinding, but the game does have in-app purchases for car packs that go up to about $20.

We can't check each and every country, but it looks like the United Kingdom, France, Germany, Spain, Italy, Ireland, Mexico, and Brazil are among the countries that have access to the discount, while India, Indonesia, and Canada are not. So yeah, your mileage may vary, if you'll pardon the pun. We also don't know how long the sale will last, so grab the game quickly if you can. 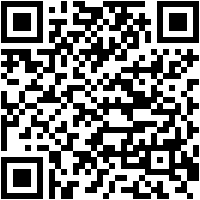 There are more 'Education' apps than any other category on the Play Store, and other weird ...