If you're not familiar with VPNs, a Virtual Private Network allows users to access the internet as if they were on another network. VPNs are often used to access services only available in another country, access content blocked on a restricted network, or avoid privacy concerns that come with using free Wi-Fi.

Opera Max has been available on Android for a while now, allowing users to save data usage through apps like YouTube and Netflix. For this to work, your device is connected to the Opera Max VPN, which compresses data like Netflix streams and YouTube videos before it reaches your device. The result is less data usage on your end.

But VPNs are servers, and servers cost money. Opera Max has included ads and links to sponsored apps to pay for said servers, but now Max is becoming a bit more aggressive. The app now only works when you have time left on data savings, and when you run out, you are prompted by the app to add more time. 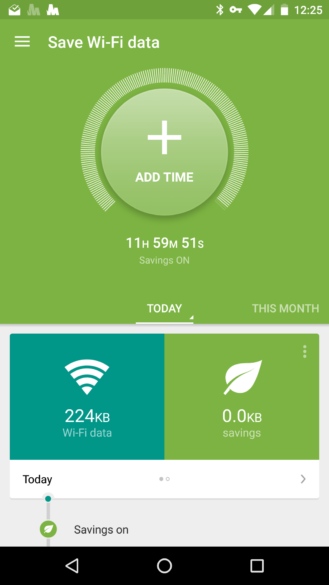 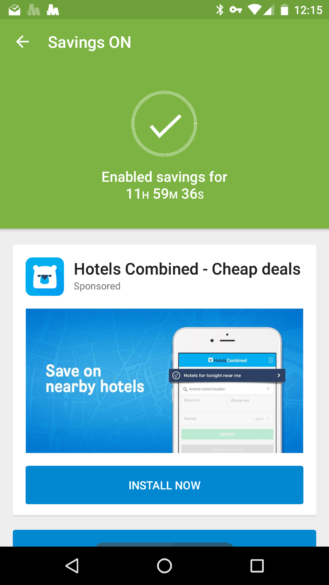 Adding time in Opera Max takes you to the right screen, with an advertisement.

Adding time doesn't cost anything, but there is an ad unit on the confirmation screen. This is likely an attempt from Opera to generate more ad impressions (views), and thus increase revenue from the app. After all, you wouldn't see many ads from an app you just leave open in the background.

If you absolutely have to use Opera Max, you can press the Add time button repeatedly to avoid opening the app every 12 hours (there's no 'cooldown' period like freemium games). If you're only using Max because of privacy concerns, enabling Google WiFi Assistant is a decent free alternative.