Microsoft has a treat for you power users this Halloween. Their automated actions service, Microsoft Flow, is finally out of beta. Flow is part of Microsoft's new "power trio," combined with the company's PowerApps and Power BI tools. While those are mostly only useful to companies, Flow has definite use for normal people. In fact, after just an hour of playing with it, I'm convinced it's better than the popular IFTTT service.

With Microsoft Flow, you can make Buttons (a user-triggered set of tasks) or Flows (automated set of tasks, much like IFTTT recipes). As far as I can tell, you can only create new Flows and Buttons from scratch on the desktop site - on mobile you have to start from a template. Buttons can be triggered on the mobile app, and both Flows and Buttons can be edited on mobile as well.

To start, I made a very simple button that could easily be made with IFTTT. When I press the "Busy button" as I called it, the Android Police slack channel would receive the message that I was unavailable. It was very easy to make, and worked as expected. 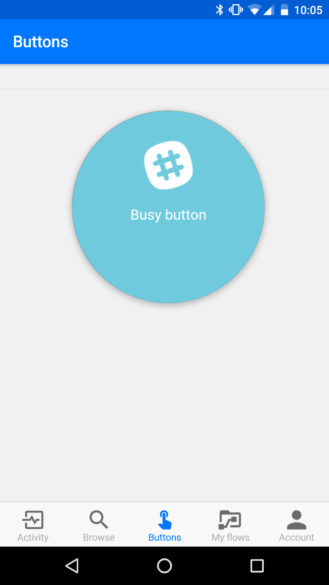 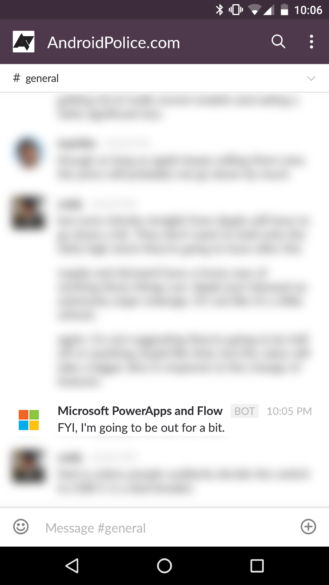 You can configure Slack messages to be sent with your user (instead of a bot) too.

But Flow is capable of much more. Flow can perform multiple actions and conditions in one Flow, something IFTTT simply cannot do. In this example, I made a Flow to notify me for Deal Alert posts here on AP. It is automatically triggered when a new post shows up on AP's RSS feed, and if the post title contains "Deal Alert," I get a push notification and an email. 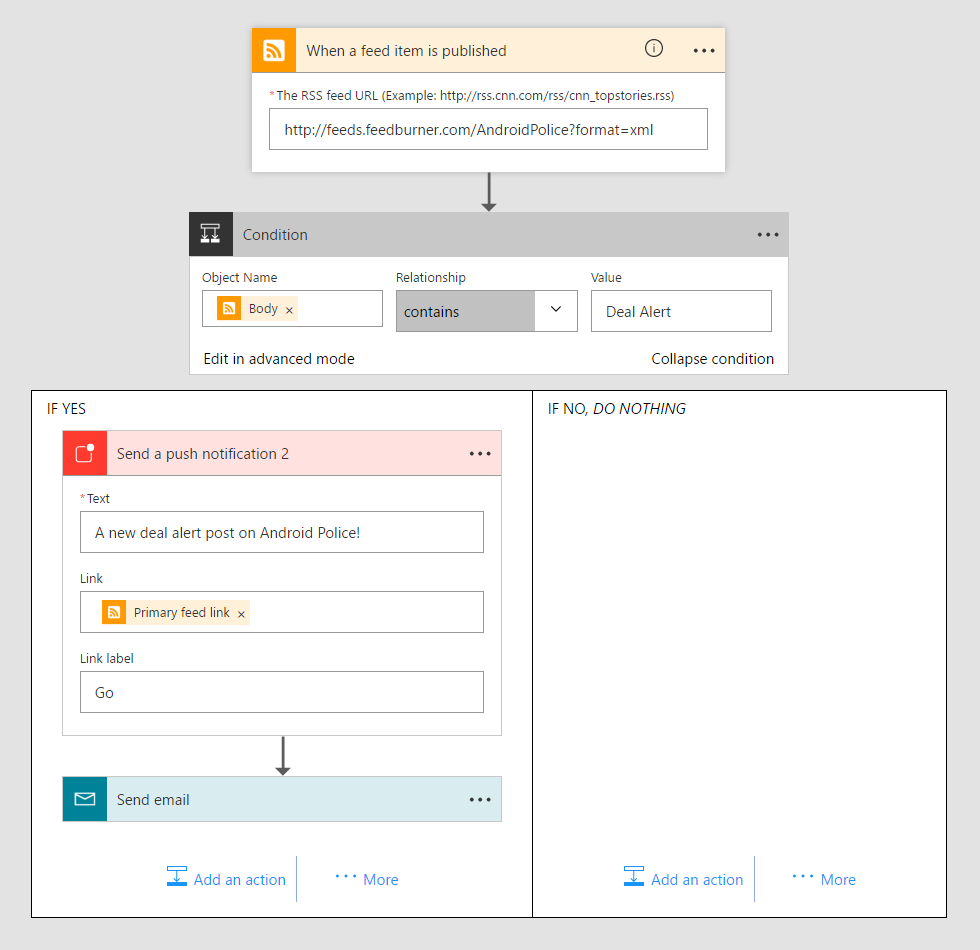 Being able to use conditions (as well as 'for each' loops) makes this much more powerful than IFTTT. Flow has a decent number of supported services, but not quite the scope of IFTTT's channels. It currently supports Office Online, Dropbox, GitHub, Google Drive/Calendar, Dynamics 365, SharePoint, YouTube, Slack, OneDrive, and more (full list here).

That being said, there are some rough edges. Editing flows on the Android app is a bit of a pain, and the desktop UI isn't anything to write home about. Still, if you use IFTTT regularly, I recommend trying out Flow.