It's fun to see developers duking it out — peacefully — over who adds the most new features first. Action Launcher's and Nova Launcher's devs are a great example. And it's all for the good of the platform and early adopters. Take Android 7.1's launcher app shortcuts. Action Launcher was the first to add them preemptively, Nova Launcher followed by enabling them even on earlier versions of Android, and now Action Launcher is implementing gestures with them to let you open the app shortcuts pop-up and select one of the shortcuts in one go.

That's not the only new thing in Action Launcher though. You can now pick between the rounded icons from Android 7.1 and the regular icons if you don't like the dorito on a plate look of Play Music for example. Quickcuts, previously only available to the users who paid for the Plus upgrade, are now free for all. The app drawer also mimics the Pixel Launcher's look by overlaying the navigation buttons on top of the scrolling list of icons. And the app's settings look has moved from Nexus teal to Pixel blue. These are real colors, I'm told. 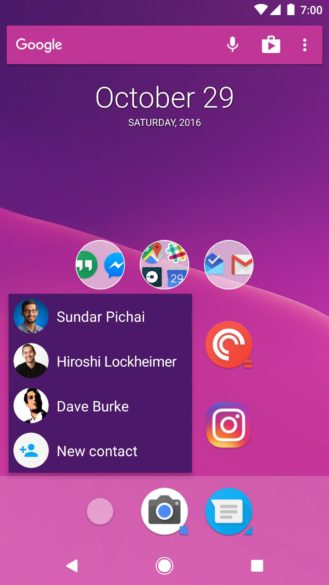 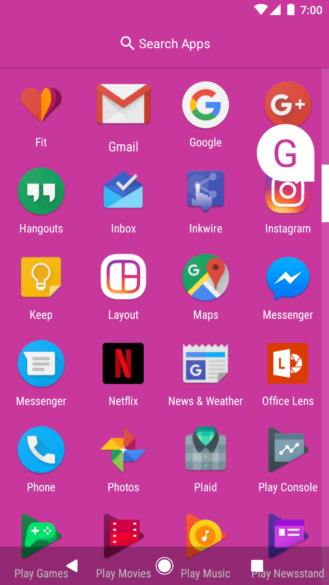 There are even more changes and fixes in this version. You can check them out in the full changelog below and grab Action Launcher for free on the Play Store if you've still never given it a try.

• NEW: Full support for Android 7.1's dynamic shortcuts via Quickcuts (requires Android 7.1).
• NEW: Quickcuts, previously a Plus only feature, are now available to all.
• NEW: Add option to pick the global icon style. Allows one to use traditional icons rather than round icons when using a Pixel phone. Settings -> Display -> Icon style.
• NEW: When the dock and desktop have the same width, force the icons on the dock to have the exact same size and horizontal position as those on the desktop.
• NEW: Mimic final Pixel Launcher style All Apps. Notable changes include the app list displaying beneath the navigation bar and the use of full color.
• NEW: When opening the Pixel style All Apps drawer opens via a dock swipe, the speed it opens at is based on the speed of the swipe.
• NEW: When using Pixel style All Apps, swiping on the dock with two fingers will trigger All Apps search (with the keyboard on screen).
• NEW: Long pressing the caret page indicator triggers Quickfind (aka All Apps with the keyboard on screen).
• NEW: Completely revamped settings. Out with the teal, in with the Pixel blue!
• NEW: Remove 5 second delay when KustomLiveWallpaper loads apps.
• NEW: Add tooltips to help new users discover and understand Shutters and Quickcuts.
• NEW: Add setting for disabling all tooltips. Settings -> Help -> In-app tips.
• IMPROVEMENT: Update translations.
• CHANGE: Pixel Launcher related settings such as All Apps and folder style use "Pixel" name rather than "Nougat".
• FIX: When closing a Quickcut in a folder via an outside tap, close only the Quickcut, not the folder also.
• FIX: Fix a shortcut being converted back to a Quickcut after Quickcuts were disabled for that shortcut.
• FIX: Quickcut for jumping to Twitter's Direct Messages works again.
• FIX: Can't swipe shortcuts whilst All Apps is opening.
• FIX: Misc. stability fixes.

Hands-on with MUVIZ Nav Bar Audio Visualizer: Really neat if you are into this sort of thing