Pocket Casts is one of the most popular podcast apps on Android, and for good reason. It's fast, well-designed, has built-in backups, and has always been fast to support new Android features. In the latest update, Pocket Casts hops on the split-screen hype train, adds audio effects, and launches a new podcast sharing feature.

Pocket Casts is known for its excellent changelogs, so I'll just include the full text here.

This update contains new features and bug fixes, but unlike other companies we plan to actually tell you what they are ;)
New Features:
Fixes: 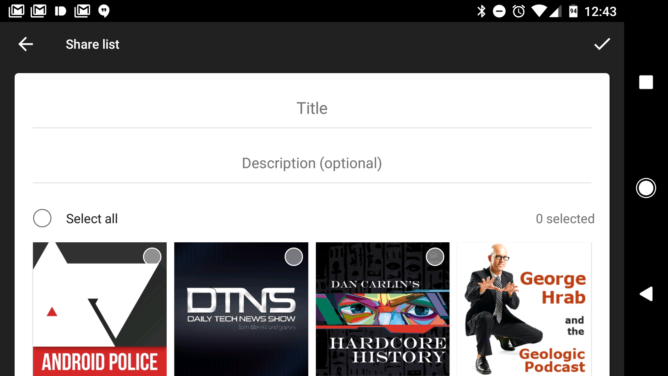 The playlist sharing feature is available in your main podcast list. Simply hit the share button and pick the podcasts you want to add to the list. The app generates a link that sends the recipient to a page with all the included podcasts. From there, you can open the podcasts in Pocket Casts, iTunes, or view the RSS.

The new audio effects feature lets you automatically trim silence as you listen or boost the volume. It's available on the playback screen while streaming in addition to downloaded podcasts (previously available). The Nougat split-screen thing is pretty self-explanatory. It didn't work before, and now it does. If you don't have Nougat, ignore this.