It's been a little over two weeks since I received my Google Pixel (XL) review unit, so I thought I would provide an addendum to our review based on more time with the phone. I won't be covering every category I did in the review. But I will try to give you the broad strokes on areas where my thoughts haven't changed much, and some of the specifics where they have.

I still think this phone looks a bit dull. Other members of the team disagree, though! And I think that really is the subjective nature of design coming into play here. Conversely, I love holding the Pixel, it's a joy to use. It's well-balanced, it's a nice size, and the bezels simply don't bother me (and the lower one gives my thumb a place to counter-balance the weight of the top). But this Quite black XL just doesn't visually do a lot for me. It's just sort of... there.

One ergonomic quirk I've noted with the Pixel is that without a camera hump, I'm never sure if my fingers are smearing up the camera lens when I'm holding it, so I'm constantly wiping it down just in case. Yeah, it's a bit "OCD," but it's definitely something I find myself doing frequently. I still like the volume and power keys, and I still think they're among the very best I've used on any Android phone. The fingerprint scanner is definitely a bit slower than those on Motorola or LG's recent devices, and I do wish it was quicker. 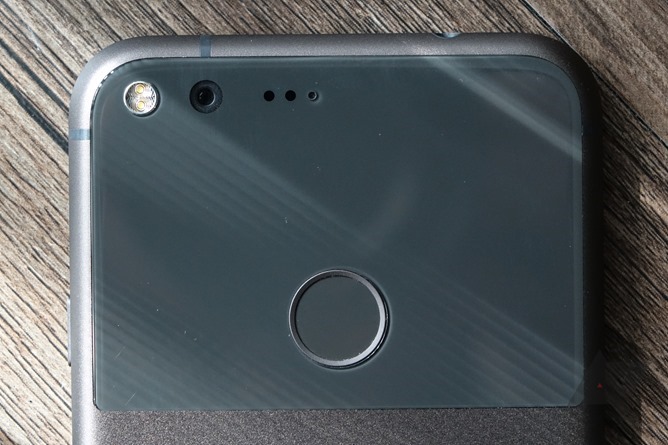 While not as svelte as the Galaxy S7 edge, the Pixel XL is still what I would call very manageable, and I couldn't see myself downsizing to the smaller 5" display. I just like the bigger screen (after all, I've dealt with a Nexus 6 for two years). The display itself is very good - I don't find myself thinking about it much, which I suppose is high praise. I'm not fighting glare to a ridiculous degree in sunlight, and the adaptive brightness generally does an OK job in all but the darkest lighting, when I do find I have to use the slider in quick settings (I otherwise leave it at max).

As for the phone's low-friction factor, yeah: this sucker is slippery sometimes. The glass window helps you keep a grip on it, though, so I'm thankful for that, and while I did order a live case, I doubt I'll actually use it.

It's still really good. The Pixel XL has been providing consistently excellent battery life to me every day I've used it. Google really does seem to have nailed down the battery life question with Android 7.1 on these phones, and it's such a relief. I regularly find myself cracking 4.5-5 hours of screen time in a 24-hour period, which is right up there with the Galaxy S7 edge. Idle battery life is excellent - I've had no runaway apps sucking down power while my phone wasn't being used.

That said, I have had a few instances where the doze seems to have delayed receipt of notifications. If my phone sits on my desk for a half hour, the moment I turn on the display I get a pile of emails coming in. It's not as bad as it was when testing 7.0 on my Nexus 6, though, and like I said, this issue is very intermittent, and is probably just doze doing what it's supposed to do: using less power when you're not using your phone.

Either way, the Pixel XL has absolutely exceeded my expectations on battery life. Two unironic thumbs up.

My apartment has truly abysmal AT&T reception, and in the first week with the Pixel XL, I wasn't missing any calls - something I couldn't say of many other phones I test. Well, I've started missing some. The Pixel generally gets better LTE reception in my apartment than other phones, but the HSPA that's needed for voice calls on AT&T sometimes cuts out, sending people straight to my voicemail. The problem's still there on the Pixel. Equally, switching between LTE and HSPA sometimes causes the Pixel to freak out a bit, acting like it has no data connectivity, and even flipping in and out of airplane mode doesn't always fix it, so a reboot is needed.

These are fringe issues, though - I am testing the outer bounds of crappy signal conditions, and for the most part, the Pixel performs better than most other phones I test. Would I like Wi-Fi calling and VoLTE on AT&T to rid myself of these problems entirely? Yes please.

As to Bluetooth, I continue to have no issues - but many are having problems getting the Pixels to connect to their vehicles. It seems this may be a larger problem with Android 7.1, however, so I wouldn't pin it on the phones just yet. As to the less than great Bluetooth range I referred to in my review, it's not as bad as I initially thought. It's still not standout in performance, but it's also no worse than a lot of phones I test. It's just not the best. 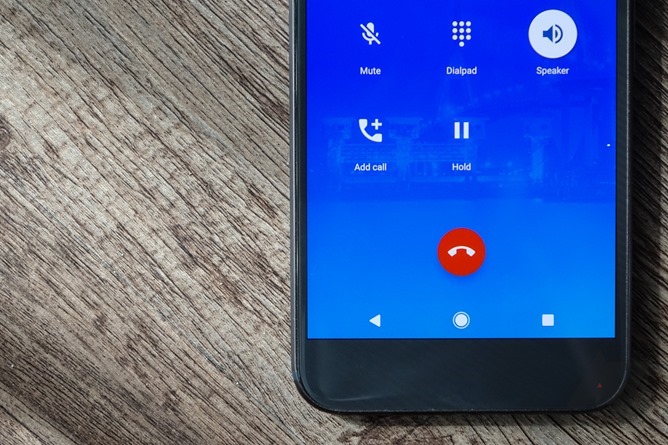 Wi-Fi is an area where I'm still having some issues, though I do find the Pixel is actually much better at knowing when to dump a crappy Wi-Fi signal for a mobile network than any phone I've ever used. For example, when I'm in the gym in my apartment complex, most phones will try to stay connected to my home Wi-Fi network, but there's just no reliable signal to hang onto for actual connectivity. The Pixel falls back to mobile data instinctively, showing the unstable connection 'x' on the Wi-Fi status icon. But the issues I have more center around 2.4 and 5GHz switching behavior - often, the phone will switch between the networks, but then the connection will get either really slow or just not work at all. Flipping Wi-Fi off and back on resolves this. As I said, my apartment has pretty thick walls and the Wi-Fi penetration is just not good. Even my Shield, a whole room over from my router, just doesn't get great signal. But I do find other phones have handled these adverse conditions a bit better.

I maintain my position that, while not the loudest, the Pixel's bottom-firing speaker does sound quite good all things considered. It's more balanced and full than most other smartphones out there, even if its output isn't exactly tremendous. Also, its placement sucks, but it could be worse - remember when speakers were on the back of phones? What a nightmare that was. 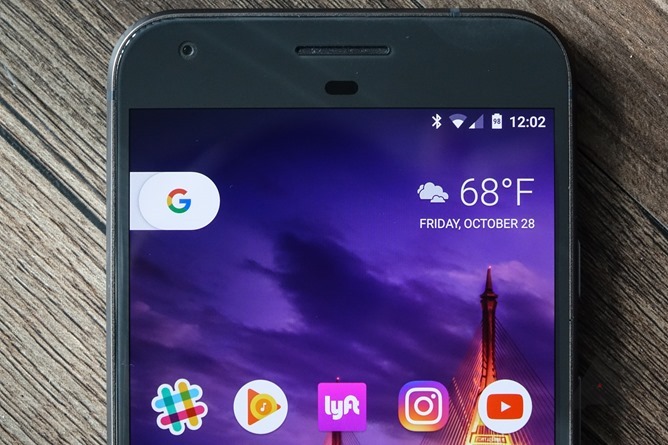 Anyway, the headphone jack, I find, puts out totally ample volume even when using relatively beefy headphones. Some people will find it inadequate - that's just the way it goes. If headphone amplifier output is a huge buying concern for you, the Pixels don't go above and beyond anyone else in the industry. Sound quality itself is excellent, in my opinion. But if you want substantially more power from the amp, you'll have to get a V20 or an iPhone - you don't exactly have a lot of other choices. The Pixel does fine here, it's just not industry-leading. It's industry-acceptable.

I realize I offered some significant superlatives in regard to the camera in my review, so have my feelings cooled a bit over the past week-and-a-half? A bit. I will admit: the Pixel's camera does struggle with white balance at times (giving photos a 'cool' look), and low-light images can be incredibly noisy (but that's true of most phones). As for the infamous 'halo' effect? I haven't seen it on mine.

But overall, I maintain my position: this is the best smartphone camera I've ever used. The speed of captures just can't be matched, and it gives the Pixel an incredible edge when you're trying to capture a moment. Smartburst is legitimately useful, and the HDR+ processing can really do wonders.

The lens aperture isn't the widest, the noise isn't the lowest, and the auto-focus isn't the fastest. But for its occasional technical shortcomings, the Pixel's camera always seems to have a retort: look at this. 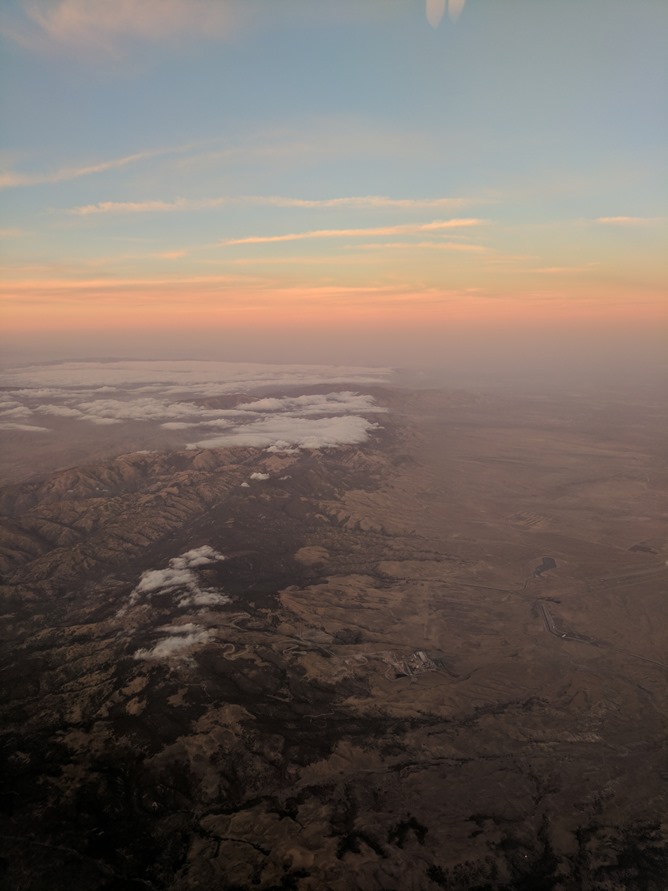 I stand by the assertion that the electronic video stabilization is kind of creepy in its bizarre levels of smoothness, though.

Has the phone slowed down at all? Maybe slightly, though not at the system level, I find. It's the usual apps that always seem to slow down a bit as they build up cache: Play Music, Twitter, and Google Maps. But once everything's loaded up, they're still faster than usual, and the phone itself is incredibly responsive. I believe this is the most iOS-y Android has ever felt in regard to performance. Task switching is exceptionally quick, and the system UI is always extremely responsive. Google's Pixel team clearly did a lot of optimizing to ensure that Android remained smooth even when a rogue or notorious app might not, and that's really something I've come to appreciate about the Pixel in the time I've used it. I've never had an incident where I'm mashing the home or back key just to get out of something that's locked up.

There is one annoying bug I've noticed: sometimes 'OK Google' always-on listening stops listening. It can be fixed by force closing the Google app or restarting the phone. It does seem to be happening less lately, but it's a real nuisance when it does. The entire point of always-on listening is to be there exactly when you need it, oftentimes hands-free. When it doesn't work, it discourages me from utilizing the feature because it starts to feel like I can't rely on it. Hopefully this gets addressed - who knows what's to blame, the Google app, Play Services, or the Pixel itself.

Other than this and the Wi-Fi issue, though, I've not really had any bugs or stability problems. The phone works well. Almost surprisingly well.

After two weeks, my opinion of the Pixel XL has not substantially lowered. In fact, if anything, it has grown: the consistent battery life and performance make it my favorite Android smartphone ever. Combine that with a stellar camera, four-carrier compatibility, Google's update promise, the latest version of Android, and highly capable if not industry-leading hardware, and the Pixel XL is exactly what I've always wanted in an Android phone: a truly excellent all-rounder.

It's easy to pick apart the Pixel for its pricing, comparisons to the iPhone's performance, and a lack of things like front-facing speakers and waterproofing. Would it be nice to have those things? Absolutely! I am not saying these arguments are invalid. But it would be nice to have a lot of things, and for what the Pixel provides, I am content to give up a few aspirational features for the sake of a smartphone experience that just works for me. Note that I say "for me" - the Pixel is not necessarily for everyone, as has been made clear over the past month-plus on Android Police and around the web. We definitely get it: a phone this pricey with specifications that don't absolutely destroy the competition is simply not what some people want.

But me? The Pixel has me sold. I'm finally ready to believe Google built a phone that has truly turned out to be great.

We'll be providing more thoughts on the Pixels in the weeks and months to come (a full camera review should be on the docket in the next couple weeks), so stay tuned. 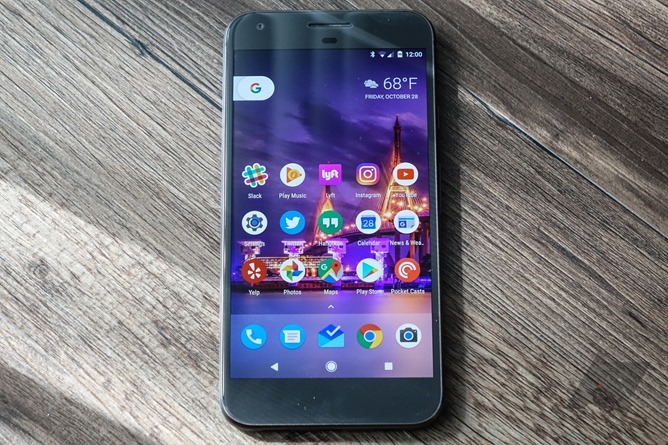 Fossil Q Marshal and Q Wander review: The surest sign yet that Android Wear is on the ropes