DoubleTwist got its start way back in the early days of Android, when users wanted an easy way to sync music from iTunes to their non-Apple phones. (And also, this was back when human beings still used iTunes.) The scope of the music player has broadened and generalized since then... and truth be told, it's kind of stalled as well, especially since the Cloud Player came out. The last update it had before today was way back in February. But today's bump is significant: in addition to a new user interface, it brings baked-in support for Chromecast, Android Wear, and Android Auto.

The UI refresh is mostly simplifying things to bring DoubleTwist more in line with current aesthetics. There's a good bit less blue accent and gradient across everything, and icons and text are larger for easier selection and reading. The new UI is in the header image above - the older interface (from version 2.6.5, available at APK Mirror) is below. 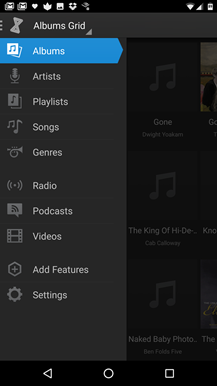 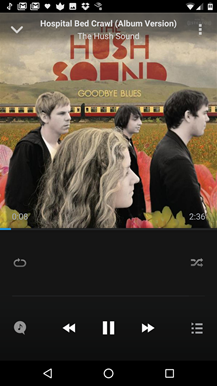 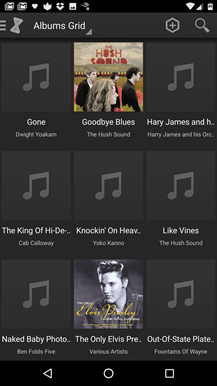 Built-in compatibility with Android Wear and Android Auto is nice, for the admittedly small amount of Android users that impacts. Support for FLAC and ALAC has been expanded to 192KHz/24bit. But it looks like a major feature has been taken away: podcasts. The previous implementation was pretty slick, and reviewers on the Play Store have been quick to voice their displeasure at the omission. The DoubleTwist developer account is suggesting that users downgrade to an older version of the app to get that functionality back... which suggests that it won't be returning any time soon. The update text says they're working on it. 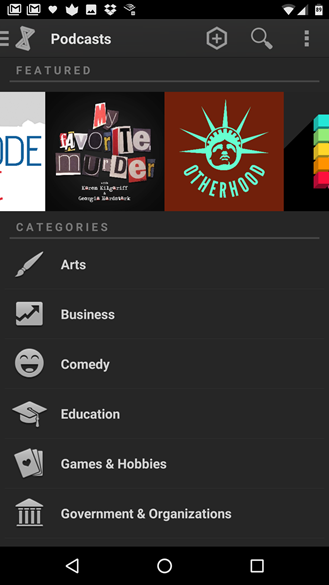 The DoubleTwist player is still compatible with syncing tools for Windows and Mac OS. In-app purchases for Wi-Fi syncing and other advanced features go up to $9.

According to the DoubleTwist co-founder, the new version of the app is only available to Android 7.0 devices. DoubleTwist is hoping to roll it out to more Android releases, complete with podcast support, later this year. The beta version is available to older devices.

Fossil Q Marshal and Q Wander review: The surest sign yet that Android Wear is on the ropes