This morning, I received a rather odd email from a firm representing LeEco offering a "news update." It didn't seem to be an update at all, just re-confirming that on November 2nd the company's products would go on sale, and that there would be stupendous-amazing-wonderful discounts on them. Such as the Le S3 smartphone, powered by a Snapdragon 652 processor, which would be just $149 ($100 off), or the Le Pro 3, which would get you a Snapdragon 821 for a staggering $299. Or its 85" 4K smart TV, discounted to just $3999. LeEco said during its press conference that the prices would be good through November, and it was all part of its UP2U and LeRewards programs - no strings attached. Instant rebate. It all almost sounded too good to be true. 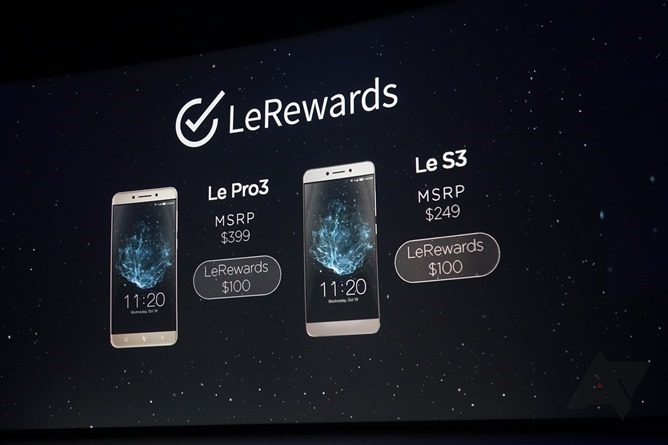 Turns out, it may well have been - at least effectively. When I read LeEco's news brief more closely, I came across something that immediately raised a red flag:

"These limited-time rebates expire as models sell out."

This was not mentioned, as far as I am aware, a single time during LeEco's press conference. It definitely was not mentioned in any of the product sessions I attended after the conference, either. I told LeEco that this feels like a bait and switch. They claimed it isn't. If it quacks like a duck...

LeEco is not commenting at this stage on how many units will be available at these sharply discounted prices, but suffice it to say, I have to think it's not that many. After all the initial flash sale stock sells out, the rebates expire. So, will they sell 10,000 Le Pro 3 phones for $299? 5,000? 1,000? 500? Who knows! And if LeEco decides never to tell us how many are available at those prices, there won't ever be clarity on this issue. 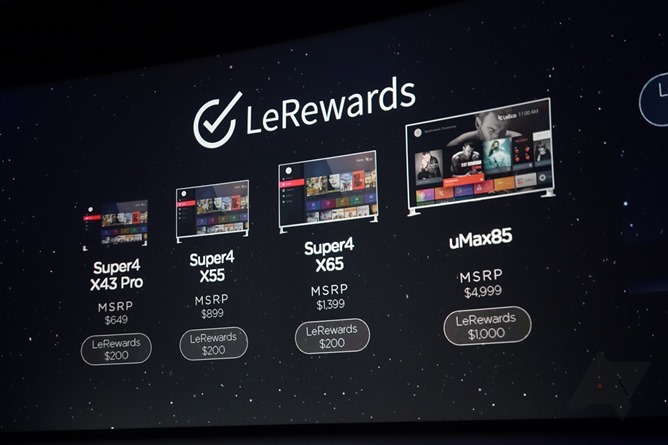 How many $4000 85" TVs do you think LeEco is going to offer up? 50? 100? Maybe? All in all, this really does reek of used car dealership "get you in the door" sales tactics. In addition, LeEco is strongly suggesting that if you're to have any hope of getting in on these highly reduced prices, you'll need to pre-register on LeMall.com for the LeRewards program before sales begin at 10AM on November 2nd. It doesn't explicitly say it's a requirement, but it's clear LeEco expects these products to go quickly.

Am I surprised? No. After its bizarre US launch event, LeEco could scarcely do anything that would truly surprise me at this point. But I do find myself feeling a bit misled.