You probably heard all the buzz earlier around that new Xiaomi phone with basically no bezels. That device rather overshadowed the slightly more conventional (and probably more usable) Mi Note 2. This device has high-end specs, a curved display, and support for global LTE.

You want specs? Xiaomi was kind enough to provide them.

The Mi Note 2 bears a striking resemblance to the now-discontinued Galaxy Note7. The specs are even better than that phone in most places. One notable exception being the display, which is only 1080p. It is curved, though. It even has a fingerprint scanner in the home button just like Samsung's phones.

The Mi Note 2 runs Android 6.0 Marshmallow, but as a Chinese phone it will not have Google services built-in. There's no international release planned at this time, but I'm sure it'll show up for sale from third-party importers. The pricing is a little higher than most of Xiaomi's devices due to the complex manufacturing process. It starts at 2,799 yuan or about $413. The version with 128GB of storage and 6GB of RAM is 3,499 yuan ($515). 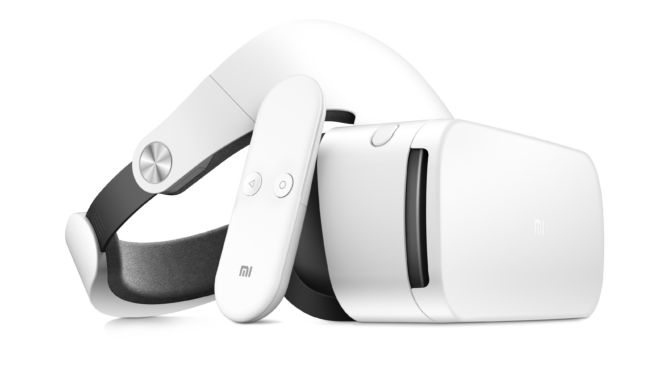 Xiaomi also announced a VR headset that goes with the Mi Note 2 (not its first, though). Like Gear VR and Daydream, it uses your phone as the display and processing hardware, but it has its own controller.

Google's Jamboard is a digital whiteboard for cloud collaboration