Never let it be said that Android Police discourages innovation. Even so, the "N" device from Sony's Future Lab Program is a little hard to wrap your head around. At first glance it looks like one of those neckband-style Bluetooth headphones, and indeed, it does fulfill that function (with a pair of "open ear headphones" that are similar to, but not the same as, bone conduction buds). But it also has a pair of open-air speakers on the neckband, like a tiny little boombox. It isn't limited to music, either: according to Sony's site for the N, it also delivers "up to the minute information" like news, weather, fitness data, and notifications. The whole thing can be controlled via voice commands, including the built-in 8MP camera.

So yeah, it's odd. Sony says that the idea behind the concept device is to "promote a more agreeable active lifestyle" without the distraction of displays. It sounds sort of like a refined version of Google Glass (which was also a "concept" for pretty much its entire lifespan), but without the visual component. Appropriately, the N isn't being sold as a conventional retail product. Those who want one will have to apply to the invite-only program, attend a mandatory $100 live event for a basic guide and personalized fitting, and will then be sent the hardware and encouraged to attend future meetups for feedback. At the moment only those who live in the San Francisco Bay area are being considered - once again, sorry to all the tech-savvy residents of Kenosha, Wisconsin. (And also everywhere else on the planet.) The trial program runs until August of next year. 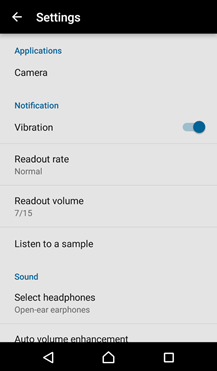 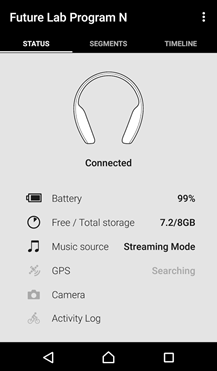 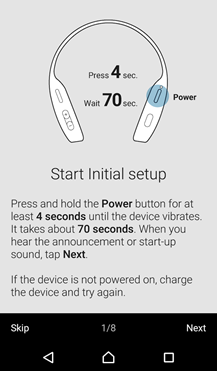 If you've gone through all of that, you can install the official Android app for the Future Lab Program N. It handles a Bluetooth connection for music playback and photo transfers (though the gadget has 8GB of space for storing both), and apps can be connected to it for alerts in a manner not unlike Amazon's Echo. We'll see if the preview program bears fruit for a wider release... but I wouldn't hold my breath. 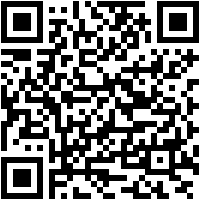