As BlackBerry accidentally published the full list of specs over a month ago, we already know the major details, but they probably bear repeating once more. Inside there are a Snapdragon 820 and 4GB RAM, a 3000mAh battery that can go to 24 hours, and 32GB internal storage and a microSD card slot. The screen is 5.5-inches, with QHD (2560x1440) resolution providing 534 PPI. The cameras are 21MP rear and 8MP front respectively, with phase detection auto focus and dual LED flash. As far as we can tell, this is based on the unreleased TCL 950. 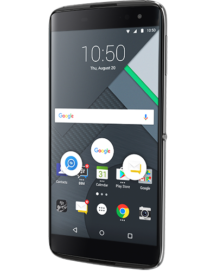 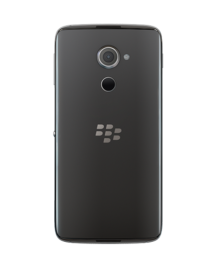 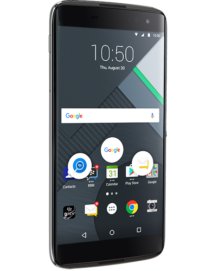 Other key features include a fingerprint sensor on the rear of the phone, a 'convenience key' - a button which provides quick, easy access to applications and other most-used functions of the DETK60 - and USB-C for charging and data transfer. Exclusive BlackBerry apps such as Calendar and Hub include features not found on other Android smartphones, such as Hub bringing emails, texts, upcoming events, social media, and news, all together in one place, and Calendar having 'robust scheduling' to help when you and a colleague need to find time to meet but neither are free. There's also a suite of security apps, with BlackBerry saying that it ranks the highest in all six categories of Gartner’s High-Security Mobility Management Study.

The BlackBerry DTEK60 will be available in the United States, Canada, France, Germany, the UK, Spain, Italy, and The Netherlands for $499 from today on ShopBlackBerry. Ordering before 11:59 PST on November 8th will net you free accessories - in the US and Canada, a DTEK60 Soft Shell and Rapid Charger will be yours, while in the European countries you'll get a DTEK60 Pocket Case and Rapid Charger.