You would be hard-pressed to find a game as worn out as Solitaire. It's been the default time-waster of Windows users for decades and the topic of many an assistant and receptionist joke. But there's merit to be had in bringing a fresh coat of paint to a done, redone, and overdone concept. That's where Solitaire: Decked Out shines.

It's another take on Solitaire with the same Klondike rules you've grown to know, a 1 or 3-card draw, some achievements for a little bit of competition, pause and resume, unlimited hints and undos, an offline mode, and both landscape and portrait orientations. Those are pretty much par for the course for many a Solitaire title. Where Decked Out brings some "novelty" is through its beautiful design, snappy animations, cute sounds, and the use of themed decks and decorative elements to freshen up the experience. There are charming penguins, flowers, hot dogs, UFOs, and the classic green look too. More are promised in future updates.

Even better: Decked Out is free and ad-free, which is a rarity among Solitaire games and more specifically the ones that are so well done. The themed decks can be purchased via $0.99-1.99 IAPs but can also be unlocked by earning coins through the game, so you don't need to pay a penny if you don't feel like it. You can also disable the IAP permission on devices running Marshmallow and above to stop your children from purchasing anything without your knowledge. 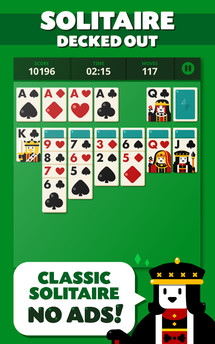 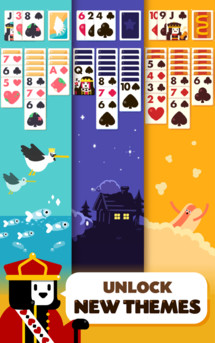 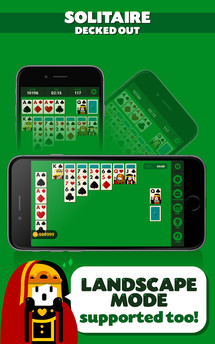 We don't often gush over the billionth remake of a classic game, but cases like these call for exception. You can grab Solitaire: Decked Out from the Play Store widget below to take it for a spin. But if you're too averse to installing a third-party app to get some cards fun, remember that you can always try Google Search's built-in Solitaire game. 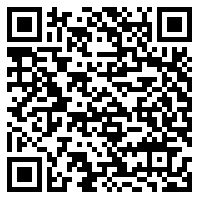