As most probably know by now, System UI Tuner is where you can go to perform risky, experimental changes to your device - turn on the fine-grained notification controls, for example, or turn off certain notification bar items. Until 7.1.1, a gesture for swiping up to set the window size for split-screen was in there too, but it has disappeared in 7.1.1 on multiple Nexus devices owned by Android Police team members, although it may still be found on the 7.1 build that the Pixel and Pixel XL run, interestingly. 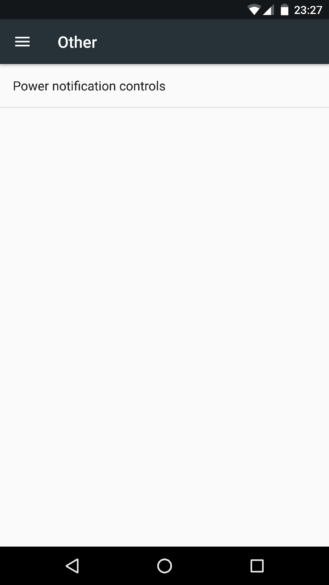 Above: swipe-up split-screen gesture is nowhere to be found.

Hopefully, this is a feature that has graduated to being a default, or at least an option in the 'mainstream' settings, but has been missed out of the beta. Or maybe Google just decided to get rid of it. Either way, we won't be able to tell until we get the next build of 7.1. It would definitely go along with the 'polish' theme it's got going on. Anyway, we'll definitely let you know if it makes a return in any form.

We've realised that the toggle is only present on the Pixel's build of 7.1 - the feature itself doesn't actually work. In this case, it's possible the Android team forgot to remove the toggle until 7.1.1. Thank you to the commenters who pointed this out!

Xiaomi Mi Box Review: The best deal around for Android TV... for what it's worth