DeadZebra's Android figurines are one of the coolest ways you can express your love for Google's operating system. Some people love to collect as many as they can, others buy a couple for their desk or a nice shelf in their room. I have two next to my phone's charger on my nightstand and I like the nerdy effect they provide.

If you're a collector or if you're interested in grabbing a new DeadZebra figurine, there's now one cool, and slightly creepy... well, mostly creepy design to pick from: Frank Patches. 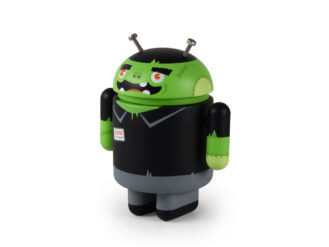 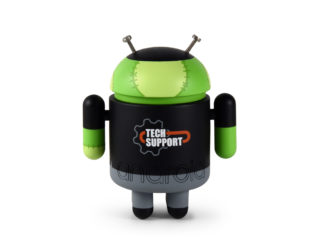 Mr. Patches wears his name literally with patches on his head and hands, and figuratively being a tech support guy. (Patches... geddit?) He also has two real metal bolts as antennas and comes with a mini patch cable. Because what would a tech support technician be without a cable he could plug in to magically make things work? Or maybe he just pretends he plugged it in and all he does is reboot the system and voilà!

You can grab Frank Patches from DeadZebra's site for $10, but he will only start shipping on October 27 so all orders containing him will be delayed until then. Odds that the package will reach you before Halloween are slim, so beware of that if you're counting on using him for your spooky decoration.