It's the year 2016, so you really shouldn't have to dial in to listen to your voicemail like some kind of caveman. What's next? A telescoping antenna on top of your phone? As of Android 7.1, Verizon customers with Nexus (and Pixel) devices have access to visual voicemail in the stock phone app.

This feature was already available on other networks, but Verizon's system wasn't supported before now. If you're using a 7.1 device on Verizon, you'll see the voicemail tab and be prompted to accept the terms and conditions. The data used for visual voicemail counts against your account, but it should be a negligible amount. Standard visual voicemail shows you each message as a card with playback controls. 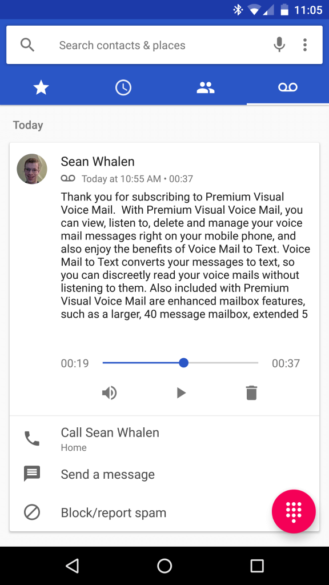