Amazon's Alexa voice control assistant is undeniably slick, but the initially limited availability and high price of the flagship Echo device kept it out of the hands of a lot of people. New Alexa-powered gadgets like the Echo Dot and Amazon Tap have lowered the barrier to entry, but the real opportunity is in devices that license Alexa for use on other hardware. Such is the case with FABRIQ, an inexpensive wireless speaker that works with Alexa out of the box. 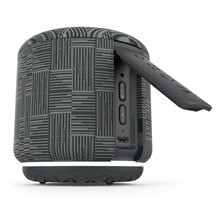 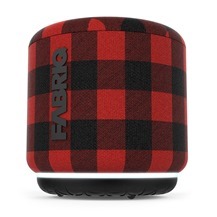 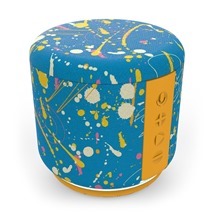 FABRIQ has almost all of the features of the much more expensive Echo, but sits squarely in impulse purchase range at $49.99 (on Amazon, of course). The speaker is equipped with Wi-Fi for Alexa operation and streaming playback, plus Bluetooth for more conventional mobile music and a battery for untethered use. FABRIQ doesn't have the more advanced 360-degree speaker system, but it does include a five watt, two-inch driver for loud and clear playback with a two-inch radiator. It's also considerably smaller than the Echo, though larger than the Tap or Dot, and comes in three fabric-covered patterns. The FABRIQ is just over three inches tall and wide. 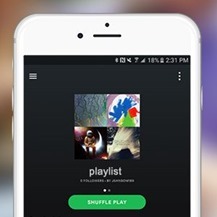 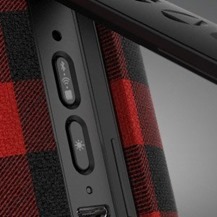 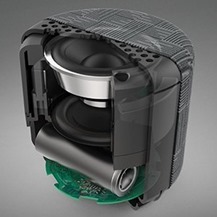 There is one major drawback of the cheaper design: it requires a button press to activate listening mode. Presumably that means that after a certain timeout, users can't use the "Alexa" voice command hands-free. The $129 Amazon Tap has the same limitation. The speaker gets juice from a standard MicroUSB cable, the better to be recharged on the go, and a plastic flap on the back hides conventional power and pairing buttons. FABRIQ says that the battery will last for five hours of playback.

FABRIQ is available for ordering via Amazon now, shipping on October 30th. The companion app, which enables Wi-Fi setup and stereo playback from multiple devices, is not yet available in the Play Store.