The V20's a nice phone, but its 5.7-inch screen, combined with the secondary display up top, can make it a bit unwieldy to hold for those of you with smaller hands. Well, LG's got a solution for you - the oddly-named isai Beat (LGV34), a phone with most of the V20's features, a 5.2-inch display, and water resistance. However, if you don't live in Japan, you might have a hard time getting your hands on one of these.

Both inside and out, the Beat (I'm just gonna call it that for the sake of simplicity) is almost a "V20 mini." It's got the same metal design, the same (obviously slightly more miniature) second screen, the same Snapdragon 820, the same 4GB of RAM, the same 16MP + 8MP wide-angle camera setup, the same ESS DAC (and B&O Play branding that some V20s have), the same USB Type-C port, the same fingerprint scanner, and the same Android 7.0 Nougat. 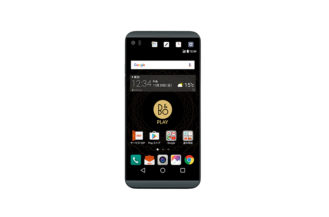 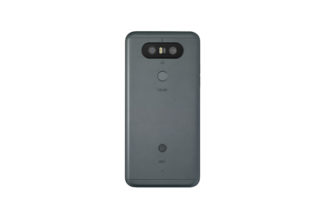 However, the V20 and the Beat have a few noteworthy differences. Perhaps the most noticeable one is the Beat's smaller 5.2" display, which should make it a lot more appealing to those of you who don't want a massive phone; it is still 1440p, though. Less massive phones tend to have smaller batteries, and that proves true here: the Beat has a 3000mAh non-removable battery. That's only 200mAh less than the V20's, but the fact that it can't be swapped will surely disappoint some people. 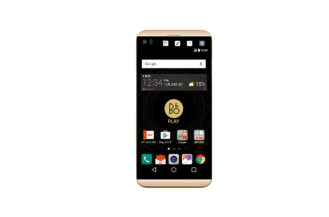 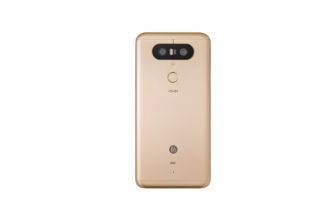 The Beat also comes with "only" 32GB standard (half as much as the V20), but it still has a microSD slot. The most interesting addition, I think, is IP65/67 water and dust resistance; the fact that the battery can't be removed definitely helped with this decision, but it's odd to see a smaller, decidedly less premium version of the V20 come equipped with something its big brother doesn't have. There's also a new gold color.

LG isn't new to this practice of re-bodying flagships; last year's vivid (LGV32) had exactly the same specs as the G4, save for the addition of IP65/67 water and dust resistance; it did, however, have a removable battery. It's unfortunate to see this feature go with this generation.

The guys at BUZ ZAP have a hands-on with some pictures and a few videos, so if this phone appeals to you, you may want to check those out. Don't get too attached, though; as previously mentioned, this phone, for the time being at least, is only for Japan.

The LG isai Beat will be available for an unspecified price in mid-November. Did I mention that it's Japan-only?