There's a new blue overlay in the app to catch your attention toward the upcoming tab and once you open it, you'll see a few cards detailing what content will show up there. From now on, this tab will show your agenda, commute and traffic cards, parking location, and your tracked flights and packages and reservations. 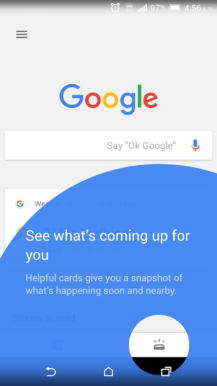 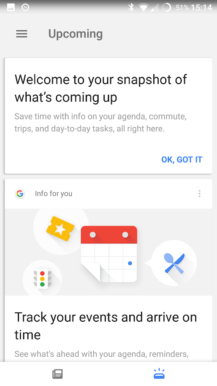 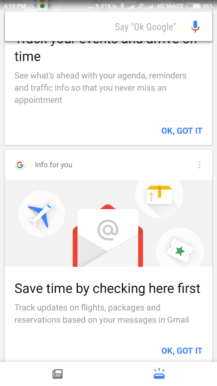 As for the first Google app tab, this is where the weather card and suggested news articles are staying, as well as the sports news, cards from third-party apps, and more.

This layout started rolling out a week ago, or maybe even more, but it now seems to be showing up for almost everyone. It doesn't look like there's a required version of the Google app to see it, but it won't hurt to make sure you're on the latest (check APK Mirror for the files) if it hasn't shown up for you yet.