Unfortunately you probably can't check it out just yet. The app is in a closed beta with invitations being sent out to prospective users, and apparently there's already a waiting list. If that's not restrictive enough, the chatbot only works in New York City, San Francisco, and Kenosha, Wisconsin. (Just kidding, it's only NYC and SF, because those are the only places these things ever launch in.) Oddly the app allows you to start using it right away - presumably it simply turns on once you get in.

As you might expect, Foursquare's Marsbot is all about suggestions for local restaurants and bars. It observes your dining behavior, learns your taste via its algorithm, then gives you suggestions on new places to try in a conversational tone. We've seen this kind of thing before, but if you're particularly fond of Foursquare's recommendations, it might be fun to check out. Expect a wider rollout sometime in the next few months. 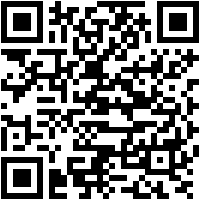 Google explains the software that makes the Pixel's camera so impressive