Ah, Facebook Messenger. In a few short years, it's gone from the humble chat function on Facebook to a full-blown platform with its own apps and store. According to what we're hearing, the next evolution of the app may be about to take place, as Facebook rolls out a Snapchat-like feature named Messenger Day. This had previously been reported by TechCrunch to be tested with users in Poland, but it may be rolling out to a wider audience now.

The concept is much the same as Snapchat's core feature: take a picture, add it to your 'day,' and it'll disappear after 24 hours. These pictures can be edited with stickers and other such items that can normally be found in Facebook Messenger, and you can see your friends days by tapping on their profile pictures. Along with this comes a brand new UI - gone is the blue row of tabs, and in comes a white bottom tab bar with a camera circle in the middle. The main Messenger interface stays the same, however, with active people and favorites still interspersed throughout. 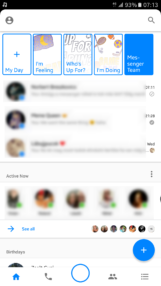 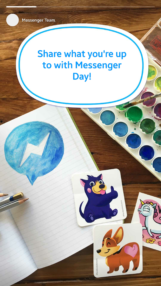 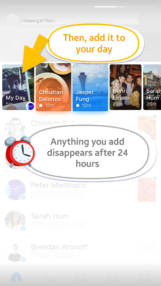 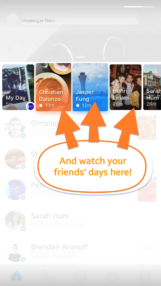 The interesting thing about this is it has the opposite of Snapchat's strengths: while Snapchat is not seen as a 'messaging' app like Messenger is, Messenger is not a social app, at least not at the moment. It's unclear who and where Messenger Day is rolling out to, but you can grab the latest version, 93.0.0.7.69, at our sister site APK Mirror here, or on Google Play through the beta program. If you see Messenger Day on your device, let us know in the comments!

US regulators will reportedly ban the Note7 from all airline flights [Update: It's official]