You needn't wonder any longer how Google is planning to do text input in Daydream VR mode. There's a new Daydream Keyboard app in the Play Store with some very informative screenshots. You can't use it yet, though. 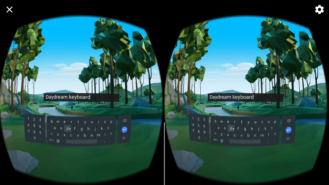 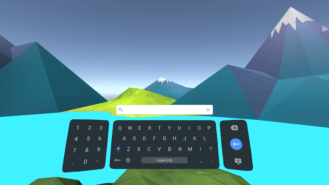 It looks like you'll hover over the letter you want with a virtual cursor to type. The only phone in my list that shows as compatible is the Nexus 6P, but installing it obviously won't do any good right now. Not only is the 6P not ready for Daydream, the viewer isn't shipping yet. But enjoy this glimpse at the VR future. Google's smartwatches may arrive in Q1 2017, will run Android Wear 2.0