Project Fi already offers $20 a month for Fi Basics, which is unlimited talk and text. Every GB of data is $10, but Fi credits back any data you don't use. Now you can add up to five additional people to your Fi plan, who each pay $15/month for Fi Basics and the same $10 per GB. So by going with a group plan, you're saving $5 per person. 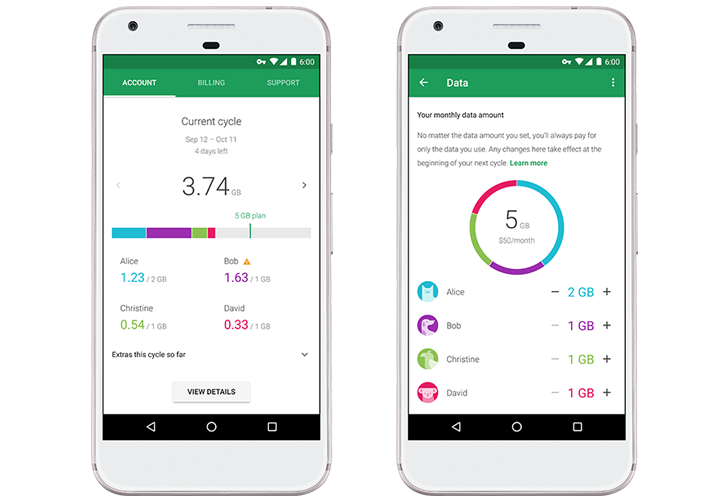 There are some additional benefits to using Fi's group plans. The owner of the account can see how much data each person on the plan is using, and the rest of the group can see how much data they have consumed. Monthly allowances for each user, as well as pausing data service for a specific member, are also supported.

It is no surprise the new Pixel phones are fully compatible with Project Fi, but buying everyone on your plan a new $650+ phone might not be ideal. To solve this, Google will continue to sell the Nexus 6P and 5X through Google Fi. As before, the 5X is $150 off ($199) and the 6P is $100 off ($399). The blog post makes no mention of how long Google will continue to sell them, but any used Nexus 6, 5X, or 6P can be activated on Fi.

Google Keyboard v5.2 from the Pixel system dump has new Pixel themes and other minor tweaks ...