YouTube pushed out a small update over the weekend, bumping the version number up to 11.39. By all appearances, this is a pretty small one. Aside from the typical bug fixes and a few minor visual adjustments, there's one notable feature people have been requesting for a while. Replies to comments are now auto-filled with the name of the user you're replying to. 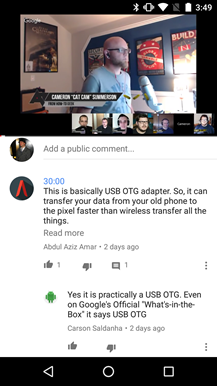 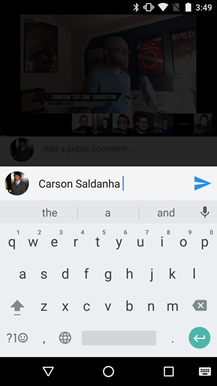 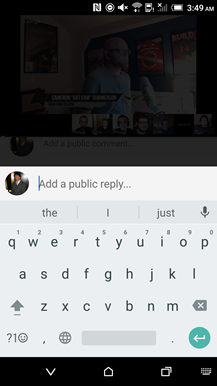 The specific change is fairly straight-forward. Go to any video with some comments and tap on one to begin a reply. In previous versions, some light-gray text would sit in the background inviting you to add a public reply. The latest update automatically fills in that space with the name of the parent commenter, very similar to the way Twitter replies work. This makes it more obvious which comment you're replying to and that you are, in fact, commenting.

That's all we've seen in this release so far, but we thought a lot of people would like to know this was added since it's actually a fairly common request. There may be other changes in this release, so keep an eye out for other interesting things possibly hidden in obscure corners of the app.

This was also a good excuse to squeeze in a screenshot of last week's podcast [edited version coming soon], all about Google's October 4th pickle Pixel-themed event, featuring guest appearances by former Android Police members Cameron Summerson and Ron Amadeo, and including David Ruddock, Liam Spradlin, Matt Smith, and myself.