The Play Store, like many other Google apps, is no stranger to server-side UI updates; however, it's pretty rare for Google to be testing multiple changes at once. Currently, Google is not only testing a renamed Entertainment section, but also a different look for the carousel, the removal of the search bar, and a new Google Play Store banner. 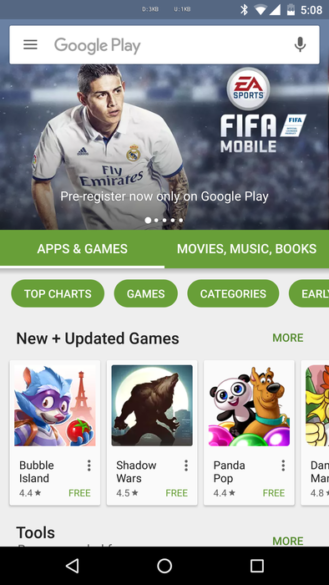 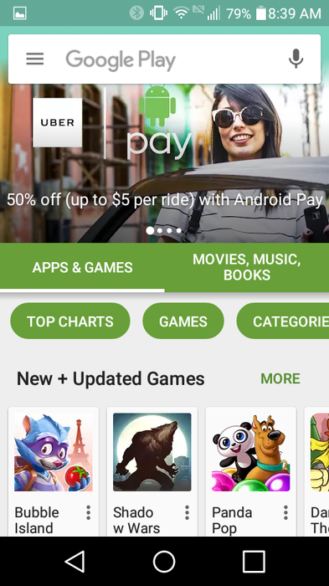 Let's start off with the renamed Entertainment section. Evidently, Google didn't think the previous name was descriptive enough, so they just crammed all of the categories into one tiny space. It looks alright on phones with lower DPIs, but it looks downright awful on those with higher DPIs. I get the reasoning, but I find it hard to believe that there isn't a better solution. 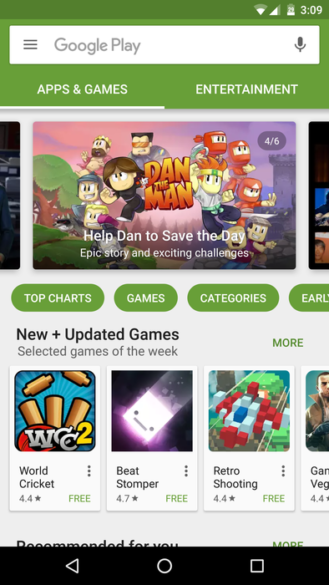 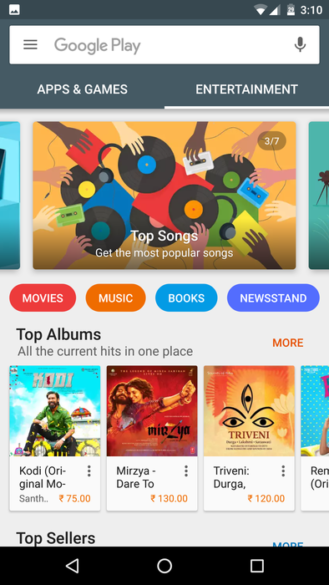 Another change is a revamped carousel for featured items. While the carousel's images used to stretch from left to right and go behind the Google Play search bar and the status bar, the new, smaller images don't. In addition, the "Apps and Games" and "Entertainment" (or should I say "Movies, Music, Books") section have been relocated. I personally prefer the older version (which you can see from the renamed section's screenshots), but I don't hate this revamp either. 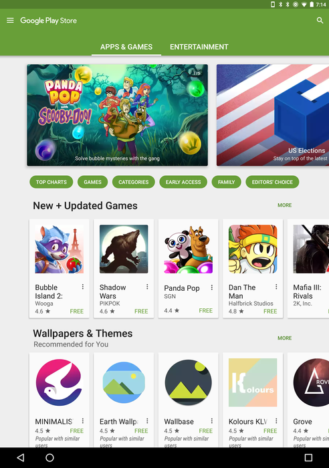 Here's what the carousel revamp and removed search bar look like on a Pixel C.

Yet another change is the removal of the large, white search bar. This bar contained the hamburger menu, Google Play branding, and an icon to start voice search, but Google is ditching it for a different look. Now, you'll have to hit the search icon on the top right to begin a search; this means that voice searches will now take two taps, which is twice as many as before. I don't think many people used voice search to search in the Play Store, so that's not a huge loss, but the fact that search is restricted to a tiny icon on the top right could be a bother. 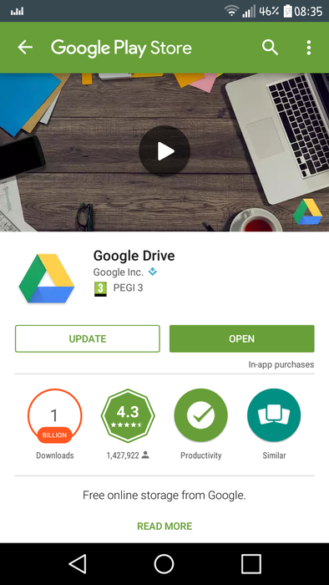 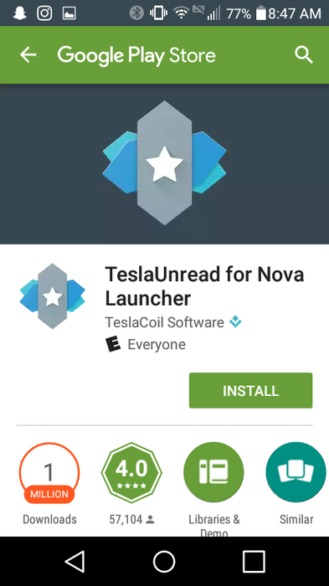 Lastly, there's an ugly green banner that pops up when you open Play Store links from other applications. It's clear that Google did this to get the Play Store name out there more, but I can't help but think there's a better way to increase brand visibility; from my perspective, the green bar just does not go well with the slate-colored status bar. Unlike the previous few changes, this one appears to be rolling out to everyone.

This may be the largest amount of changes we've ever seen being tested at the same time. Keep in mind that at least three of these changes are still being tested, so don't start raging too hard yet.

[Update: T-Mobile confirms] T-Mobile is in process of issuing an internal stop sale order for ...