The regular Shazam app is becoming more and more of a social network centered around music than the music discovery engine it once was. It weighs over 27MB, tries to load recommendations and popular tracks each time you open it, and has charts and Auto Shazam, and plenty of features that you may not need or want especially when you're on a slow network or have limited bandwidth. That's why Shazam Lite was created.

It goes to the heart of Shazam: music recognition. At less than 1MB, it only has the essentials and strips away all the unnecessary bloat, so that you can install it even on devices with low storage. Better yet, it's optimized for 2G networks and slow connections, and it uses little data to get its results. It can even work offline, keeping one or many songs in the queue until you have an internet connection and can get the results. 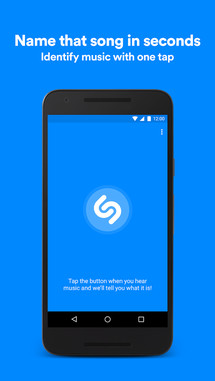 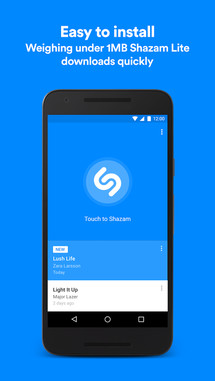 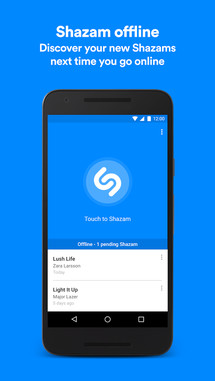 I personally applaud this trend of tailoring apps for emerging markets and areas with poor connections. Not all of us have super fast mobile or WiFi connections, or unlimited usage. And all apps have started taking that for granted lately, becoming bloated with features and using more and more data for superfluous options. While I would prefer devs improve their existing apps instead of releasing separate ones, I do understand the rationale behind it being easier to start from scratch and I don't mind it as long as we're getting data-conscious apps in every sense of the word.

Shazam Lite will be rolling out today in India, Vietnam, Indonesia, the Philippines, and Nigeria in English language, and in Spanish in Venezuela. It's free and compatible with devices running Android 2.3 and above. You can grab it from the Play Store below if your country is on that list. If not, we'll try to have the APK for you soon.

Here's the APK file, but I'm afraid it won't work for you if you're not in a supported country. October 06, 2016 07:00 AM Eastern Daylight Time
LONDON--(BUSINESS WIRE)--Shazam, one of the world’s most popular apps, today announced the launch of Shazam Lite on Android. With a highly optimized size of less than 1MB and utilizing as little data as possible, Shazam Lite has a small footprint while still providing a simple, high-quality music discovery experience.

“Shazam Lite was built from the ground up with listeners from these regions in mind and it aims to bring the core, ‘magic’ Shazam experience to them.”
Tweet this
Shazam Lite is part of the company’s commitment to deliver its products to all smartphone users around the world - regardless of device limitations or network coverage. Fans of the app in these regions will now be able to Shazam and share the music they love without facing storage or connectivity issues.

The Lite app's functionality includes the ability for users to Shazam music while offline and save their most recent results. Shazam developed the app specifically to support fans of Shazam with smartphones who might have low memory or limited connectivity.

“We're focused on providing Shazam in areas where connectivity is poor and available devices may be limited,” said Iordanis Giannakakis, Head of Android Engineering at Shazam. “Shazam Lite was built from the ground up with listeners from these regions in mind and it aims to bring the core, ‘magic’ Shazam experience to them.”

Starting today, Shazam Lite will be available in India, Vietnam, Indonesia, the Philippines and Nigeria in English language, and in Spanish in Venezuela, for free, on devices running Android 2.3 and above.

The lite app is available for download at Google Play

Shazam is one of the world’s most popular apps, used by hundreds of millions of people each month to magically connect to the world around them. Building on its pioneering leadership in music identification, Shazam now helps people discover, interact with, and share video, audio, or printed content on TV, radio, movie screens, magazines, newspapers, packaged goods, and retail stores-- and now Shazam lets music fans follow their favorite artists to see their Shazams and share in the thrill of discovery. The app has been downloaded over 1 billion times and has exceeded 30 billion total Shazams since its launch, and users Shazam over 20 million times each day. For more information on how Shazam has created new technology tools for brands to utilize data, visit www.shazam.com.