First, I'd like to invite everyone to take a deep, calming breath. I mean that sincerely, not sarcastically: Google's Pixel phones have proven rather literally to be an emotional topic in the tech community over the last few days. In looking over Android Police's comments, the sentiment around these phones has been a veritable tidal wave of negativity - and not all of it is unwarranted. There are clear and legitimate reasons to find Google's new smartphones uncompelling as a consumer.

But much of the anger, the frustration, the rage seems directed not at the Pixel phones themselves. And of that which is, is often through the lens of Nexus, not of the Pixel phones as products in their own right. The real negativity seems largely centered around Google's professed end of the Nexus line, what Pixel means for support of Nexus products, and a general feeling that Google is abandoning loyal and otherwise trusting fans.

I use the word fans for a reason. Because as customers, Google hasn't really wronged anyone in any perceivable way. The Pixel phones being announced has no actual effect on the Nexus 5, 6, 5X or 6P. Your phone either will or will not get updated depending on its remaining software support window irrespective of Google's new smartphones. Its warranty, extended or otherwise, will continue to be honored. Customer support, too, remains intact. If Google had never announced the Pixel phones at all and simply took a year off building smartphones, what would be materially different about your experience as an owner of a Nexus phone? In reality, probably nothing of any significant consequence in the time you'd own the device. If you view the relationship between yourself as the owner of a Nexus smartphone and Google as the company selling and supporting that product, Google is broadly living up to the assurances it made as the vendor. Google is not taking anything away from you.

But as a fan? As a fan, suddenly the conversation changes.

"Google is not giving Nexus devices the features it gives its new Pixel phones."

"Google is abandoning what made Nexus phones great."

While these statements are loaded with varying proportions of truth and hyperbole, I think even those of us who aren't feeling this way can at least understand where this sentiment comes from. It's reactionary, it's rigid, and it's sometimes palpably angry. And I think that, even for those who disagree with the way some people express these feelings, it is important to validate that those who are expressing them do actually feel this way. I don't believe that as a necessity people are simply looking for something to complain about or feel victimized by - I think there are those who feel truly aggrieved by what has transpired in the last few days. I also believe that, as is Internet Law, some of this is undoubtedly a result of misinformation, [sometimes willful] misunderstanding, and general confusion about what is and is not fact. And that this is on some level unavoidable.

I can readily admit that sometimes I'm as guilty as anyone of being reactionary before having a full understanding of a situation - we're only human. So let's lay out what I think are the real issues that galvanized this discussion on October 4th.

The Pixel and Pixel XL run anywhere from $649 to $869, and quite possibly a lot more depending on where in the world you live. This is very expensive for all but a relatively small slice of the population. It's also what much of said population spends on an iPhone every two years, but that's neither here nor there. 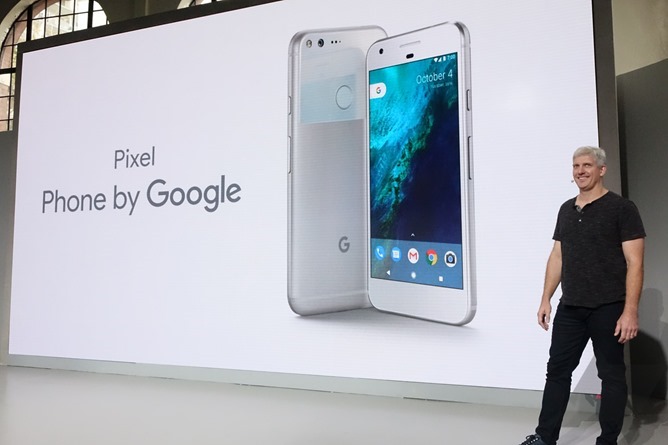 The issue is that many Nexus fans have counted on Google since 2012 to deliver an affordable smartphone with an unfettered Android. The Nexus 4, 5, and 5X and 6P filled these roles. 2014 was a bit of a gap year with the Nexus 6, though - and we saw similar discussions around the time that phone debuted in regard to price (it started at $649 in the US). But more interesting to me is that we also saw this become a very real issue last year with the Nexus 5X and 6P. If you live in the US, you may not have noticed, but around the world, the Nexus 5X and 6P were very, very expensive. In the EU, the diminutive Nexus 5X cost what amounted to around $600 when it came out. Sounds ludicrous, right? The Nexus 6P was generally closer to $800. Far from cheap.

There is absolutely every reason to contend that what amounts to over $850 is too expensive for a smartphone. I'm right there with you. I can even understand that there is a group of people out there who simply don't want to spend more than $400-500 on any smartphone, full stop. To you, I say, do what consumers do best: speak with your wallet! There is no better way to signal to a company that its product is undesirable than to not buy it. And this isn't a condemnation of critique - it's absolutely valid to complain about the fact that, holy cow, these aren't cheap phones. 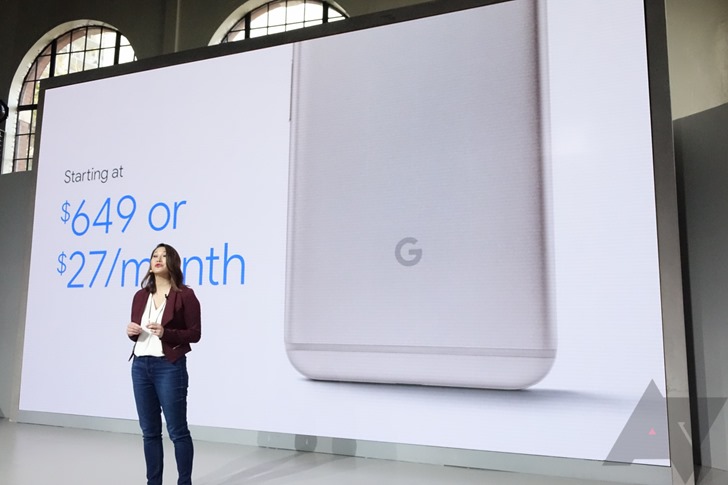 But let's separate what is a substantive argument - Google's pricing can be perceived as uncompetitive - and the idea that Google has ever owed anyone an affordable smartphone. I will be the first to say that I have no empathy for corporations. They're profit-making machines; they don't deserve you feeling bad for them. They aren't people (Citizens United jokes aside). But equally, there is no objective assertion to be made that Google has "betrayed" its customers by producing more expensive smartphones. Alternatives exist, even if they may not meet a subjective list of demands some consumers may have. The reality of consumer products is harsh, but Google upping its smartphone price point is hardly something worthy of incensed, expletive-laden tirades. On the scale of "awful things companies do to consumers," this pegs somewhere around "Whole Foods raised the price of kombucha" and "there's a longer wait on the Dell customer support line than usual." Whole Foods didn't promise you cheap fermented tea, and Dell didn't say you'd be speaking to a real human being within 5 minutes - if you had those expectations, you created them by virtue of past experience. If you don't like them, take your business somewhere else.

This is not to defend Google's prices for its phones. I agree: they're expensive. But I don't think an MSRP is victimizing anyone.

Plain and simple, Google's Pixel phones will ship with software and features that current Nexus devices do not have. It remains unclear which of those features Nexus phones will get, when they will get them, and why they aren't getting some right now or ever. I understand this is frustrating - information without clarity always is. People are confused, and misinformation is starting to spread. (See: "Google doesn't care about Nexus phones anymore.") 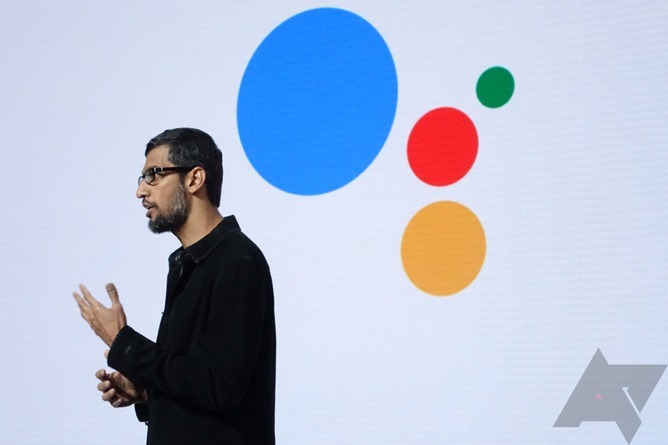 As you may remember, this isn't the first time this has happened. It also won't be the last - I guarantee it. This is how consumer technology products have worked for a very long time. And no, Nexus has never been immune to this. The Nexus 5 debuted with the Google Now Launcher exclusively for a number of months, before it was released onto the Play Store. Smart Burst was exclusive to the Nexus 6P. Hell, the entire Galaxy Nexus was exclusive to Verizon in the US for nearly half a year. Were any of these "exclusivity" decisions popular? Of course not! But it seems silly to act openly outraged that Google is doing something that has demonstrable historical precedent.

Nor did Google ever promise, or even imply, that its Nexus devices would receive every single software feature that the devices which succeeded them would get. This is another expectation created by our own interpretations and experiences, not by anything that Google actually declared to be some sort of major product directive or marketing point.

Supported Nexus phones will get Android 7.1. They will get quarterly maintenance release updates until, at least, the end of their support windows, and security patches beyond that. They may eventually get some features that are currently Pixel-exclusive. We don't know which ones. Yelling about it isn't going to make the situation any more clear, nor will it make anything happen faster, as I doubt even Google is completely certain which features it intends to back-port in yet. But because it seems to be such a point of conspiratorial contention right now: there is absolutely nothing to suggest Google is "abandoning" software support of existing Nexus devices. Zip. Zilch. Everything leading to this conclusion is inference, and a lot of it is, frankly, of a rather tin-foil hat quality. There is no reason to think anything has changed in regard to how Nexus phone software commitments are fulfilled.

But what about Assistant? And Pixel Launcher? And Smart Storage? Or the new navigation buttons? I know. We all want clarity around this. The annoying part? We'll probably just have to be patient and wait and see what happens. That does suck.

Anyway, this is already getting long-winded. I just want to wrap up by expressing my earnest request that we all try to keep discussion around the Pixels, the future of Nexus, and Android itself enjoyable. There's nothing wrong with negativity itself - we're all bound to interpret some things negatively some of the time (I should know, right?). But the hyperbole about Google as a company having committed some atrocity against loyal fans and customers is simply not supported. Google has, at worst, created confusion and uncertainty about a few rather specific issues and economically alienated some portion of individuals. I'm not going to sit here and tell you that spoonful of vinegar tastes like ice cream. What I will say is this: we'll all feel a little less raw about this in a couple of weeks if we just take a step back and breathe.