The first replacement Samsung Galaxy Note7 devices with non-exploding batteries started reaching retailers a few weeks ago. Owners have been repeatedly urged to turn in their defective phones, lest they burst into flames. Southwest Airlines passenger Brian Green had one of those replacement Note7s, but that didn't stop it from catching fire this morning as he waited for his flight from Louisville to Baltimore to leave the gate.

According to Green, he got the Note7 from an AT&T store on September 21st, and the box does have the black square to indicate it's a replacement unit with a supposedly good battery. Further, he says it had the green battery icon Samsung is using to indicate post-recall phones. Green says he shut off the device, which had an 80% charge, when asked to do so by the flight crew. The phone began smoking, and Green dropped it on the floor as the plane was evacuated. Green described it as "thick grey-green angry smoke." 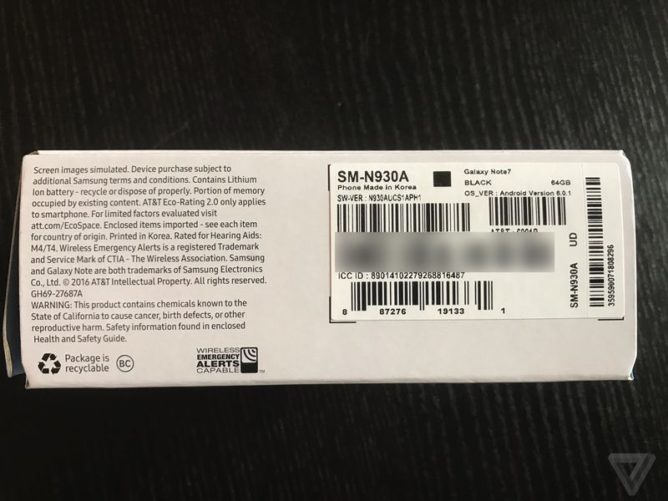 The phone apparently burned through the carpet on the plane, coming to rest on the metal subfloor. Samsung hasn't made any statement on the matter. It's entirely possible this was just a fluke—sometimes phones explode because they're damaged or defective and it's not part of a widespread issue. An exploding phone is never a good thing, but it doesn't necessarily mean Samsung is botching the recall. However this works out, it's just a reminder that the Note7 will probably never be able to shake its reputation as an exploding phone.

The Louisville fire department has the phone right now, but Green already went out and replaced it with an iPhone 7. Score one for Apple, I guess.