WhatsApp's GIF support has been rumored and promised and quasi-implemented for months now. In August, we got our first glimpse at GIF support through the option to convert videos with 6sec or less duration to GIFs that could then be shared with any of your contacts. Now, the option that has been hiding in the APK for months, and that some people have enabled with a root hack, is official for all beta testers.

Version 2.16.293 beta of WhatsApp finally adds the third GIFs tab when attaching a media file from the Gallery, next to Photos and Videos. In it, you'll find all the animated GIFs that are saved on your device's storage and you'll be able to pick any one of them, preview it, append a caption to it, and share it with your contact or group. GIFs you send will preview inside the chat window so there's less jumping around through dedicated video viewers compared to regular videos. 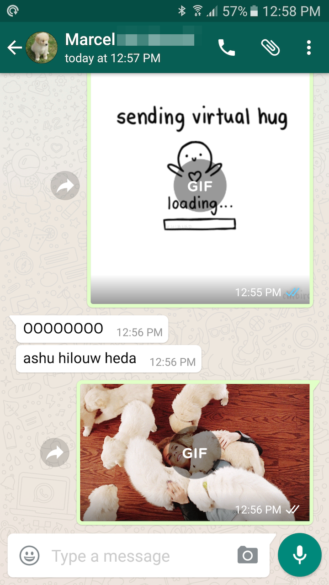 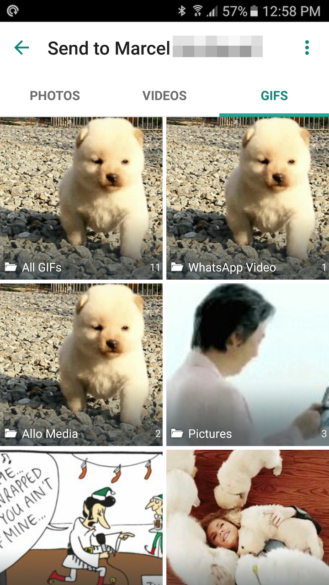 Received GIFs land in the "WhatsApp Animated Gifs" folder inside WhatsApp's directory, so that's where you'll find them if you're using a file browser or a Gallery with a folder viewer.

It's worth noting though, that WhatsApp compresses these GIFs to mp4 files, which are a lot more data friendly, so you're technically sending and receiving mp4s, but they behave like animated GIFs and not mp4 videos.

You can grab WhatsApp v2.16.293 from APK Mirror or by joining the Play Store beta and downloading the app there.

Streamed game trials have started appearing in the Play Store