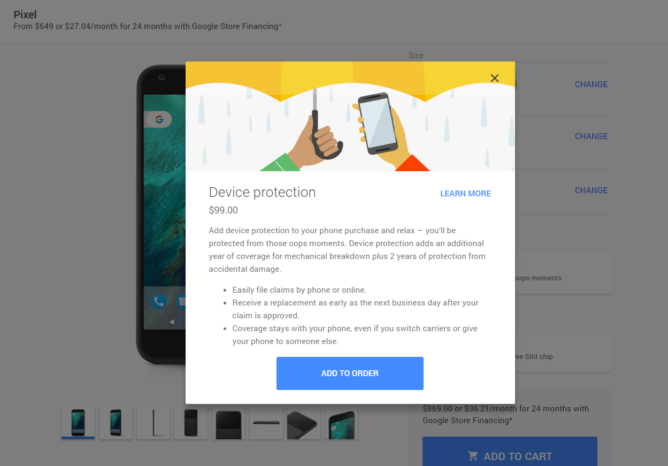 If you need to file a claim, you'll get next-day shipping of a replacement device, but there's a deductible to pay. It's $79 for the Pixel and $99 for the Pixel XL. You can only make two claims during the two years of coverage as well. Owners of a Nexus 5X or 6P with Nexus Protect can still file claims via the same Assurant-run system used for Device Protection.

Google is creating an open developer platform called "Actions on Google" to integrate with ...

Android 7.1 is coming to current Nexus devices and the Pixel C, will land before the end of ...