Google announced its Android-powered VR platform, Daydream, at Google I/O earlier this year. Today's Pixel announcement brought with it the formal debut of Daydream View, Google's official first-party VR headset that's designed to work with the new Pixel phones. In addition to compatibility with Google's custom software, the design has a unique fabric approach that treats the hardware like a true "wearable."

The Daydream View is designed with fabric and microfibers that make it look like something new in a sea of plastic and metal. It's even soft enough to work with glasses. The headset will automatically launch Daydream on phones when they're inserted, and the included controller even fits in its own hidden pocket when it's not being used. That wireless controller uses a touchpad, several buttons, and a gyroscope for some simple interactive elements - think something like Nintendo's Wii, only with a VR approach. 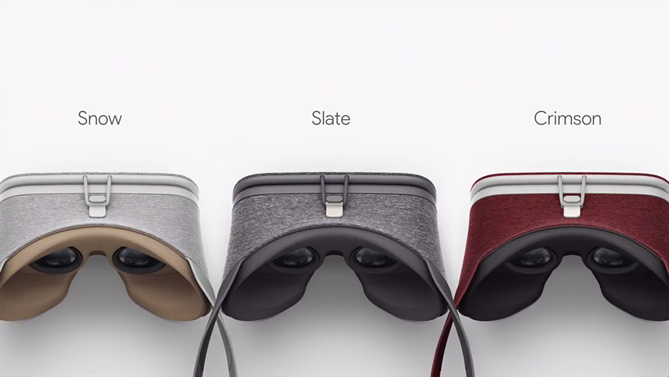 The headset is designed for the Pixel phones first, but it will allegedly be compatible with other Daydream-enabled devices - the storage area is open almost all the way around. We'll have to see how well that works, though a brief mention of auto-alignment makes that more believable. Of course, the hardware is only half of the equation.

Google is already courting software makers and media companies to supply content for Daydream, in the same way they did for Google Cardboard. YouTube, Google Movies and TV, Google Photos, Google Maps Street View, and all that will work with Daydream versions, but there are also games and video content coming along for the ride. The announcement included a Harry Potter ("Fantastic Beasts") video game, a VR shooter called Gunjack 2 from the developers of EVE Online, and several educational demos. Netflix and Hulu, among others, will have VR interfaces for Daydream. 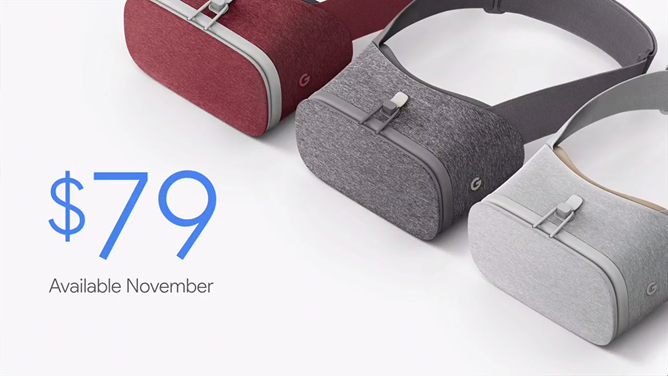 The Daydream View is scheduled to go on sale in November for $79, controller included. The gray "slate" color will be offered initially, with "snow" and "crimson" colors coming later. It will be available in the US, Canada ($99), UK, (69 pounds), Germany (69 Euro) and Australia ($119) initially. Pre-orders in the US begin on October 20th in the Google Store and at Verizon retailers. Anyone who pre-orders a new Pixel phone will get a promo code for a free headset as well.

Google asks for a do-over on routers, announces Google Wifi for $129