We know, we know, there are only a few more hours until the Google event, but details about the Pixel phones just keep on spilling. Our latest peeks come courtesy of Verizon Enterprises, which, as you can probably tell from the name, sells smartphones and plans to businesses, and prolific tech leaker Evan Blass (@evleaks). On Verizon's site, both Pixel and Pixel XL listings showed up on the "SmartPhones" page, but they didn't lead to any live listings; however, there's still some info we've gleaned.

With Evan's tweet, pretty much nothing is left to the imagination; the Very Silver and Really Blue (affectionately known as "Fisher Price Blue" around the AP offices) colors are displayed in full glory. Interestingly, there's no Verizon logo on these devices (hooray!). We can clearly see the contrasting shades of blue that Google has chosen to go with for the glass and metal portions. There's a prominent "G" on the back. On the side, we can see HTC's influence with the ridged power button and volume rocker on the right side, and nanoSIM slot on the left. Strangely, we don't see the addition of the voice search button in the Google tab that we saw with a previous leak. And yes, the bezels are indeed that big. 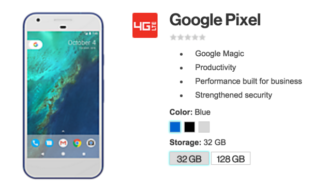 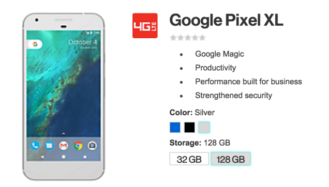 Now, onto Verizon's listings. Although they've just been taken down, we've already extracted all of the material we need. We can see that Verizon will offer all three color options and both storage configurations. Oddly, Verizon didn't allow me to choose Really Blue with 128GB for either device; only 32GB was compatible with the oddly-named blue. We don't know if this was a mistake on Verizon's part, but it's worth noting. There's also something called Google Magic listed as a feature; we've never heard of this, and frankly, we're not exactly sure what it is. Guess away, folks. 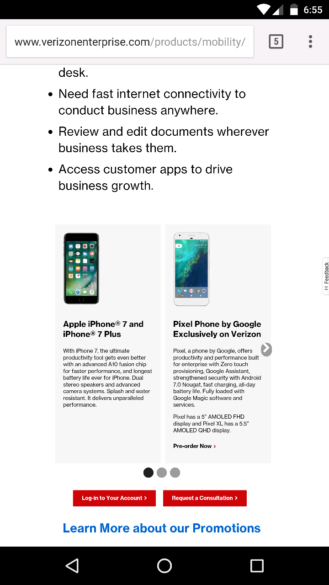 On mobile, the blurb about the Pixel phones reveals a bit more. It confirms that the Pixel will feature a 5-inch 1080p AMOLED panel and that the XL will sport a 5.5-inch 1440p AMOLED unit. There's something called "zero touch provisioning" mentioned. Google Assistant, the aforementioned Google Magic software, and all-day battery life also get a shout. Judging from the wording here, we're inclined to believe that Google Magic will be an entire ecosystem of things. 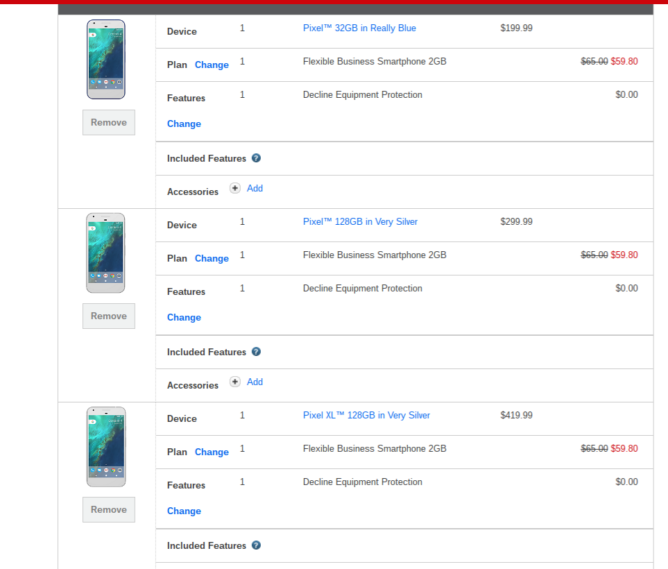 There's a lot to think about here. Personally, I'm most curious about what Google Magic is. Good thing we won't have to wait too long to find out!'

TechnoBuffalo has obtained images of the black Pixel and Pixel XL. Here they are:

Streamed game trials have started appearing in the Play Store